We’re very excited to welcome Candice Hoyes to Queens Library! Her recent independently-released debut album, On a Turquoise Cloud, climbed to #10 on the American jazz charts and was selected as “one of the best albums of 2015” by SoulTrain.com.

A classically-trained vocalist and Harvard graduate, Hoyes has performed in six languages as a soloist at international festivals as well as Carnegie Hall and Lincoln Center. She was one of the featured vocalists in WNYC’s live broadcast, Sinatra at 100. Candice was also recently honored to perform for Secretary Hillary Clinton on the trail of her 2016 presidential campaign.

Her free concert on Saturday, July 16 of rediscovered songs by the jazz great Duke Ellington is sold out, but there will be a stand-by line in case of no-shows. In the meantime, Candice was gracious enough to answer some of our questions about her music, interests, and more.

What role did libraries play in developing your love of learning and music?
I found my first classical recording one afternoon in the library when I was about 13, and it was the album Baroque Duet, by Kathleen Battle and Wynton Marsalis. I'm always blown away by the amount of music you can discover in a library, and now that I'm a New Yorker, it's even greater.

Your album On a Turquoise Cloud is a collection of Duke Ellington songs that you researched and rediscovered. What drew you to these songs, and why did you decide to take on such an intensive project?
The beautiful and innovative quality of the songs just captured my imagination the first time I heard them. I then started reading about the artists who inspired the songs, namely vocalist Kay Davis, and I felt even more passionate about interpreting them. They bear historical importance, and they are incredibly relevant in 2016.

You wrote new lyrics for two of the Ellington songs. Was that a new experience for you?
A new experience is almost an understatement! It was really thrilling. I love writing lyrics, and I love writing melodies. I wanted to make sure that for those two songs, I just poured myself into them. "Single Petal of a Rose" (which has never had lyrics) expresses my restlessness—I'm such a nocturnal person, and I feel like the night gives me a clarity of thought. “Creole Love Call” has a sense of humor to it, and a bite that is also very me. The only reason to sing Ellington songs is if you are willing to pour yourself into them and make them yours.

Most people think of jazz and opera as two very different genres, yet you excel at both. Do they have more in common than it seems?
Thank you. I know that I love singing both, and other kinds of music as well—soul, bossa nova, many kinds of music. I don't know if other people would find commonality or authenticity in both. I am still discovering so much for myself that I just focus on how I feel it. For me, I don't focus on the genre, I focus on expression and making good music that touches people.

You’ve performed songs in six languages. Which language is your favorite to sing in?
My favorite language to sing in is English, because the songs I write right now are in English. I also love that sensation of discovering the musicality of other languages; Spanish, Portuguese, and French are so much fun to explore through song.

What can our customers expect at your sold-out concert at Central Library on July 16?
You can expect to escape for an afternoon with me. You can expect an incredible band, with pianist Steven Feifke, bassist Tamir Shmerling, and drummer Joe Peri. I know it's going to be great fun.

What career advice do you have for aspiring singers?
I advise them to follow their gut instinct, to listen to their favorites and listen to a wider range of musicians, and to travel, read, love, fight for their beliefs, and do the things in life that give a singer an interesting point of view. That's what makes a musician unique, sometimes moreso than vocal training.

What book are you reading at the moment? And which ones are your all-time favorites?
My favorite books are Their Eyes Were Watching God by Zora Neale Hurston, Toni Morrison's The Bluest Eye, and On Beauty by Zadie Smith. As a child, my favorites were A Wrinkle in Time and The Awakening. I just read that Ava DuVernay will make a movie of A Wrinkle in Time, which is the best news ever. Right now, I'm reading Citizen: An American Lyric by Claudia Rankine, and it's incredibly powerful.

Toni Morrison: The Power of Your Words 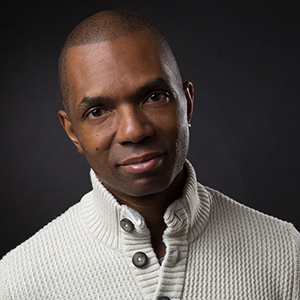