Congratulations to Jason Reynolds, the new National Ambassador for Young People's Literature! In honor of this wonderful new appointment for Jason, here is our story about his 2018 visit to Queens, from the May/June 2018 issue of Queens Library Magazine.

Reynolds recently spoke to two schools in the South Jamaica community, sharing his life story and how he became a children’s book author. He described his life changing forever at age ten when he purchased a Queen Latifah cassette. From then on, he began writing poetry—lyrics without music—and he continued doing so for twenty years.

While he was growing up, Reynolds avoided libraries, places where he could not have fun. But today, he describes his relationship with libraries as a partnership: “I make the work. But that work needs to live somewhere. It needs to be somewhere.”

Reynolds describes coming to understand that librarians were like tour guides, who could help him navigate the daunting world by showing him where he could go with just a few keywords.

He explained that librarians can show you everything you are looking for and need to see if you provide them with keywords. And to Reynolds, that kind of guidance is everything we are all looking for, whether in a librarian, a parent, or a teacher.

He reveals that the secret to writing books that aren’t boring is “to start your books a chapter late and end your books a chapter early.” What that does is drop your reader right in the middle of the problem and end the book right in a cliffhanger. “That infuriates people, but it drives the desire for reading.” In his opinion, “the best writing is the writing that is not overly descriptive but instead uses the characters to expose the world around them through context. To me that’s sophisticated and that’s not boring.”

Reading, he has said, can be a conduit to wholeness. He talks about how reading gives people permission to be uncertain when they see characters being that way—and about the secrets that are shared between reader and protagonist on the page.

In his book When I Was The Greatest, “I’m bearing witness to your insecurities as you bear witness to the protagonist and in that we create relationship and bond. That is whole. That is creating more of a whole person. Sometimes that empathy has to do with empathy of self. Are you willing to forgive yourself and be who you actually are and accept yourself for who you actually are, because the people in this book do? They can make you feel less alone and more whole.” For Reynolds, there was only one book that got through to him as a young person—Richard Wright’s Black Boy.

Reading can also make us emotionally strong, as we experience the world without actually having to experience it and through that we develop empathy. “When I read a book about triumph and diligence and persistence, all it does is remind me of my own capabilities.”

Yet Reynolds is an advocate of reading anything—not just novels—to develop as a person. He jokes that a lot of brilliant people don’t read novels, saying he doesn’t believe Neil deGrasse Tyson does, but that he’s still one of the smartest and most empathetic people in the world. “I don’t care what you read,” he says. Reynolds feels that reading a novel is not the only way to read; that you can read about anything that interests you, whether that be video games manuals or sports blogs.

If he could impart one life lesson to his readers, he’d remind them that excellence is a conscious habit, a decision one has to make. If you’re going to do something, says Reynolds, you might as well be excellent at it.

This author talk was part of the South Jamaica Reads program and was made possible through generous funding from The Pinkerton Foundation. 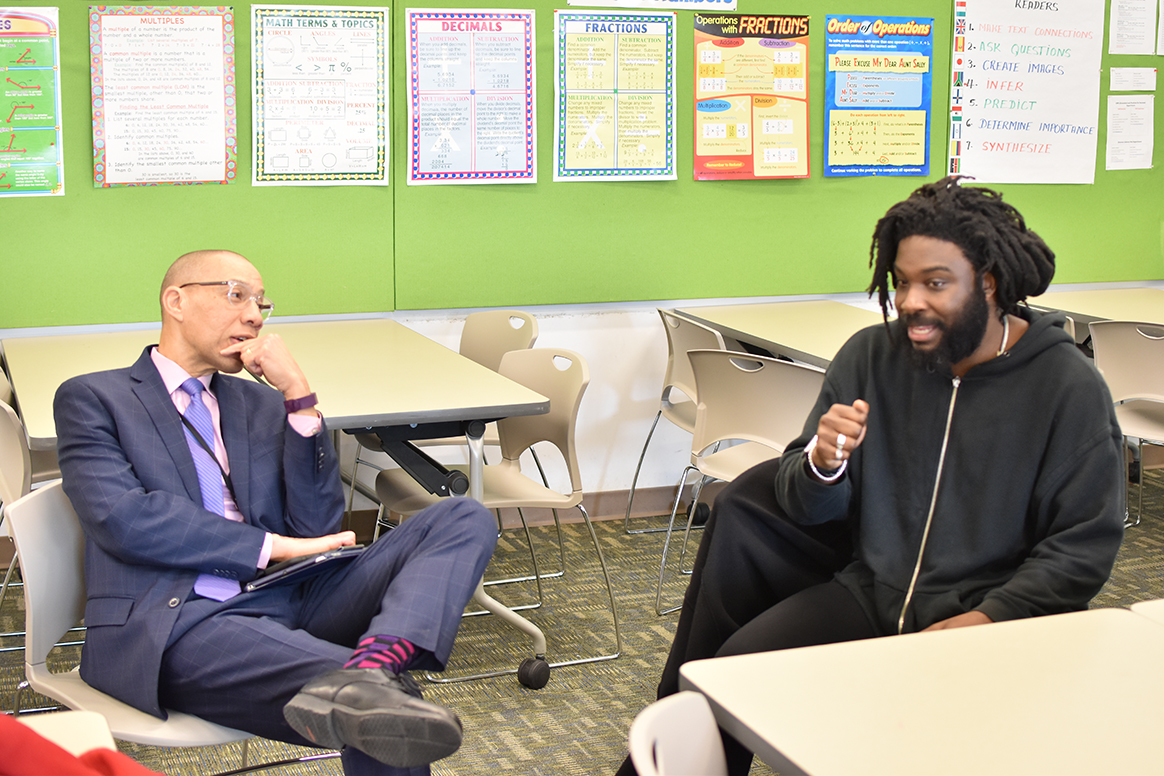