May 20 marked the 86th anniversary of the first nonstop solo transatlantic flight, made by American pilot Charles Lindbergh from New York to Paris.

Lindbergh was not a child of New York. Born in Detroit, Michigan, he learned to fly in Americus, Georgia, and made his career as an Air Mail pilot operating out of St. Louis, Missouri. It was only after he set himself on completing a nonstop transatlantic flight that he made the trip to New York.

Using money he had saved as an Air Mail pilot along with a $15,000 loan, Lindbergh had Ryan Aircraft specially design an airplane for the journey. It was essentially a flying fuel tank, with a stiff wicker seat built to keep the tall, thin Lindbergh from getting too comfortable and dozing off. The plane required so much fuel to complete its journey that Lindbergh had them fit a tank where the windscreen would be; he peered out the side windows or used a small, built-in periscope to see forward.

Lindbergh was competing for the Orteig Prize, offered by a wealthy French-born hotelier operating in New York City: $25,000 for the first nonstop flight between New York and Paris. The prize had been up for grabs since 1919, but real contenders hadn’t emerged until 1926.

Lindbergh’s was just the latest in a bloody succession of attempts that cost the lives of numerous adventurers and WWI flying aces. Just nine months before Lindbergh, the French ace Rene Fonck crashed and burned on takeoff from Roosevelt Field, Long Island. Fonck escaped, but his two crew members died in the flames.

A month before Lindbergh’s flight, two U.S. Navy aviators were killed testing the plane they intended to fly across the ocean. And then, on May 8, 1927, two decorated French flying aces, Charles Nungesser and François Coli, embarked on a flight attempt from Paris in a massive biplane they named “The White Bird.” After being spotted off the Irish coast, they were never heard from again. Rumors and old reports suggest the duo may have reached Newfoundland or even Maine before crashing, but no definitive evidence has ever been recovered.

Lindbergh took off from Roosevelt Field, his fuel laden monoplane barely clearing power lines at the edge of the field. For the next 33.5 hours, he flew without a radio and without navigation equipment beyond a compass, dodging storms and navigating by stars whenever possible. When he landed in Paris the next night, he was mobbed by a crowd of about 150,000. He not only won the Orteig Prize, but also the Medal of Honor. Popular songs were written about him. At age 25, he had become immortal.

But Lindbergh’s was an extraordinary life long after his feat of endurance. In 1932, his young son was kidnapped and held for ransom. Sadly, Charles Lindbergh Jr.’s body was discovered a few days after the $50,000 ransom was paid. The resulting search for and trial of the suspect became known as the Crime of the Century.

Lindbergh fled to Europe for several years to escape the media attention. In the late 1930s, when he returned to the U.S., he became a politically charged figure as the public face of the isolationist movement. As someone who spoke out about British and Jewish pressures on the U.S. to enter the war, his loyalties were questioned by President Franklin Roosevelt. In response, Lindbergh resigned his commission in the Air Corps Reserves. Lindbergh’s public comments have also spawned extensive debate over whether he was antisemitic.

Nonetheless, Lindbergh served his country when it finally entered World War II. He was a high-level consultant for Ford, which was license-building bombers, and another aeronautics firm as they dealt with manufacturing problems. Eventually he even traveled overseas and flew missions with active fighter squadrons in the Pacific.

After the war, he wrote The Spirit of St. Louis, which won the Pulitzer Prize in 1954. He was portrayed by James Stewart (himself a pilot) in an acclaimed film of the famous flight. He also became an Air Force consultant and was eventually designated a brigadier general by Dwight Eisenhower. He met and befriended astronauts. In the 1960s, Lindbergh began emphasizing the importance of protecting the environment and endangered species like whales. He died in Maui in 1974, half a world away from the site of his defining triumph.

Lindbergh’s entire family was prone to literary and scholarly ambitions. His wife, Anne Morrow Lindbergh, accompanied him on many of his flying adventures around the world and became a celebrated author. His daughter, Reeve, has written novels, children’s stories, and several memoirs, including one in which she grapples with meeting children from the three secret families Lindbergh started in Europe.

Happy Birthday to a Legendary… 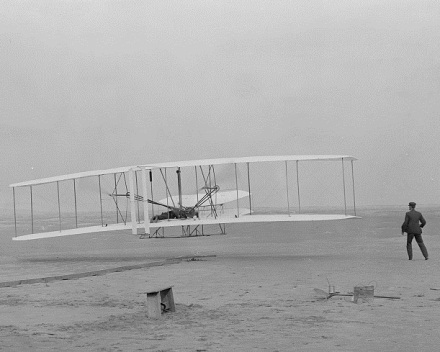