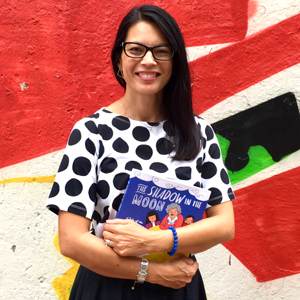 Christina Matula came to the library this fall to share her first picture book about the Chinese Mid-Autumn Festival, The Shadow in the Moon.

Matula grew up celebrating the festival and eating mooncakes, but not knowing about the legend of Hou Yi and Chang’e.

“Mooncakes were just these yummy red bean-filled cakes that my mom would bring home from Chinatown in the fall and I didn’t really think more about it. It was only when we moved to Hong Kong over a decade ago that my daughter recounted the legend behind the festival that she had heard at school.”

Upon being unable to find a picture book about it, Matula decided to write one herself. While she first intended the book to be just for her own family, she realized that sharing it might spark young children’s interest in Chinese culture. For Matula, this legend was the beginning of her own fascination with Chinese mythology and her exploration of her heritage.

Librarians played a helpful role as she researched different versions of the legend; in one version Hou Yi is mean and greedy, so Chang’e steals the potion to keep it from him. In another, Chang’e is greedy and wants the potion’s power for herself. Matula says, “it was important to write a version where Chang’e was just as brave and heroic as Hou Yi. Mid-Autumn Festival remains my favorite festival. Its simple premise of reuniting with family and giving thanks for what we have has parallels in so many cultures.”

Libraries were important community spaces during her childhood. “Growing up, libraries were not only a place for research and reliable information, but they were also a place where friends, family, and the community gathered. They also allowed me to explore books that I could read for pleasure, outside of assigned school reading.”

Now, libraries help her thrive and grow as a writer. “Libraries, with their wealth of titles in all genres, continue to increase my love of reading, which has evolved to include a love of writing. Librarians have been vital to my research, constantly recommending authors and books, new and old alike. Libraries, now more than ever, are an important community resource for all aspects of life. Not only are the library employees trusted members of the community, but also libraries themselves provide a place for family bonding over quality books, with no socioeconomic barriers. I am delighted that libraries remain as important to my children as they were to me.”

Matula sought inspiration from both ancient and modern times while working on her book, citing Grace Lin’s Thanking the Moon and Where The Mountain Meets the Moon as well as Loretta Seto’s Mooncakes as influential during her process. She describes growing up reading fairy tales, especially Hans Christian Andersen. Another early and formative read was a collection of biblical graphic novels given to her by her mother. “I was fascinated by the far-off places and their archetypal stories of the hero’s journey, where there was hardship that was overcome due to perseverance, with some accompanying truths and lessons.”

She’s currently working on stories about little-known Chinese legends that she hopes will be in a series with The Shadow in the Moon. “Legends are a vital thread to our past and give us an insight into what people used to believe and how they lived. It’s amazing to see the similarities between legends across different cultures. They can also give you a greater appreciation of your own heritage.”

“For those readers with Chinese roots, I want to share that fascinating legend that makes the Mid-Autumn Festival so special. But for any reader, I hope they will not only be drawn into the charming tale, but also in observing their own parallels with the religious and cultural festivals that their families celebrate.” Matula was able to choose the illustrator of her book and describes immediately loving Pearl Law’s style. “As she grew up in Hong Kong, she was able to add in brilliant little touches to the illustrations that only someone with that background and heritage could.”

Reading plays an important role in Matula’s life. “Reading is an escape from everyday stresses, transporting me to another time or place. Discovering books in other genres helps me improve my writing and inspires me to explore different avenues in the future. For younger readers, I believe nurturing a love of reading will develop into a love of learning.”

Her advice to readers? “Don’t be afraid to embrace your heritage and be curious about your background. Read stories written by or about someone from a different culture. It can give you valuable insight into how, despite our seemingly huge differences, we are all so similar.” 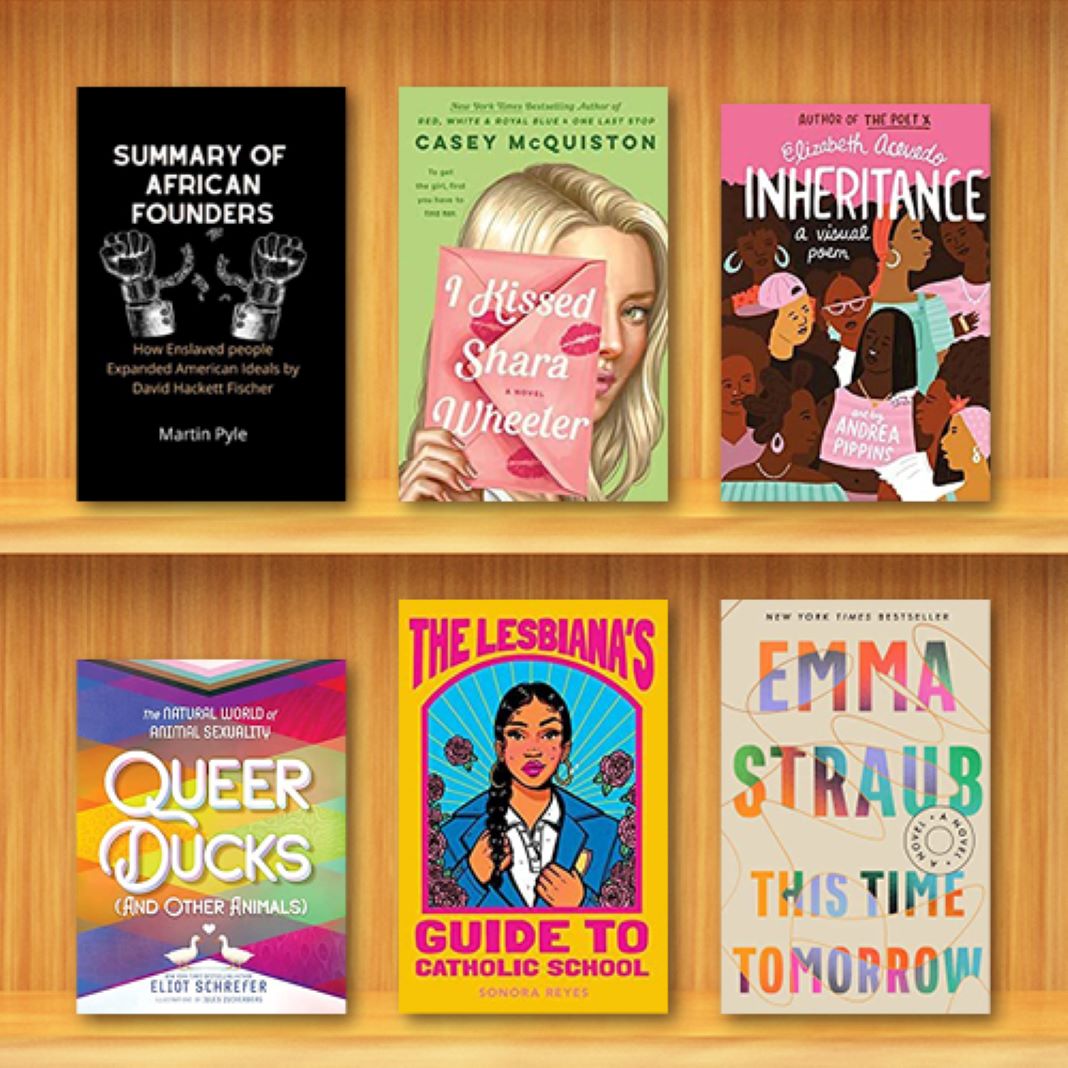 Check out our list of recently released books for all ages,…