Our programs included over a dozen special storytimes, movie screenings, and talks with school-aged children, tweens, and teens at our community libraries.

At our storytime at Central Library’s Children’s Library Discovery Center, pictured below, Queens Library President and CEO Dennis M. Walcott (center) read from Shane W. Evans’ book We March and asked the children and adults in attendance for their thoughts about Dr. King, and our Coordinator of Children’s Services Daniel Nkansah read from Carole Boston Weatherford’s Be a King, leading the kids several times in chanting the title of the book. 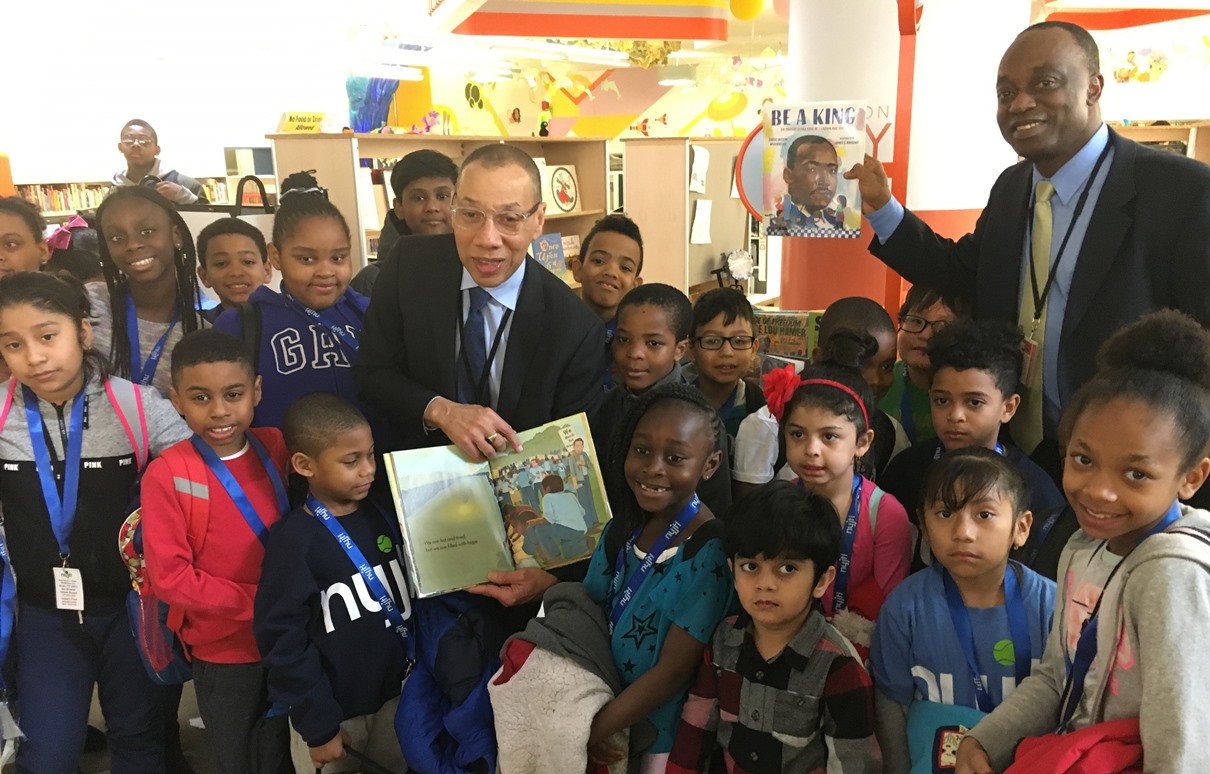 Our special storytime in honor of Dr. Martin Luther King, Jr. at the Children's Library Discovery Center on April 4, 2018.

“Two months before he was assassinated 50 years ago, Dr. King challenged his parishioners at the Ebenezer Baptist Church in Atlanta to think differently about the meaning of greatness,” said President Walcott on the morning of April 4. “He told them we all have an innate ‘desire to be out front, a desire to lead the parade, a desire to be first.’ But greatness, he said, comes only through service.”

“Dr. King’s message of justice for all eventually led me to my involvement in social issues and public service,” he continued. “As we mark the 50th anniversary of his death, I ask you to consider the role Dr. King’s teachings can have in your everyday decisions. I hope you can agree that here at Queens Library, we strive to serve you in the spirit of Dr. King’s definition of greatness.”

This story originally appeared in the May/June 2018 issue of Queens Library Magazine.

Read the Other Stories in the Queens Library Magazine Top Ten of 2018.