Elmore Leonard: His Reputation is ‘Justified’ 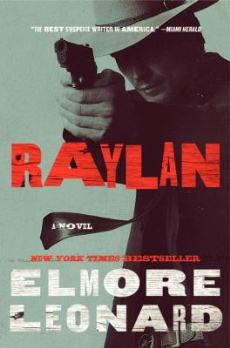 The week of January 7 marked the start of a new season of a certain popular television series about a federal marshal and the colorful criminal underworld in the rural county he calls home. While you can enjoy the show without knowing much about its origins, its protagonist is the creation of a dizzyingly prolific writer named Elmore Leonard, whose masterful career in genre fiction spanned more than 50 years. Leonard died August 20, 2013 at age 87, leaving behind a massive legacy for writers of crime fiction and westerns.

Born in New Orleans and a Detroit resident since 1934, Leonard got his start writing Western stories in the 1950s (the film 3:10 to Yuma is an adaptation from one of his early successes). He gradually transitioned into writing amusingly hardnosed stories about American lowlifes. His novels are populated with eccentric characters: exotic dancers, small-time gangsters, con men, bookies, and shady lawmen. And the opportunistic, mercenary charm of these characters has translated into 19 cinematic adaptations, including Get Shorty, Out of Sight, Jackie Brown and Mr. Majestyk.

For stories about the Raylan Givens character as Leonard wrote him before the hit TV series, check out Pronto and Riding the Rap.

Elmore Leonard: His Reputation is ‘…