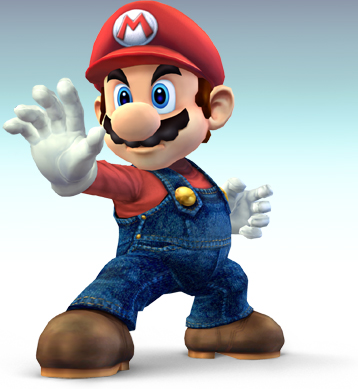 The 3DS is a fun hand-held and a decent enough upgrade to the DS and DSi, but one of the admitted drawbacks to converting to the system has been a lack of notable launch titles. It’s taken a while, but Nintendo has finally come through with a reason to for people to try out the 3DS, and that is Super Mario 3D Land (I’ll talk up the merits of the 3D re-release of Ocarina of Time another time, but for now let’s stick with Mario).

Super Mario 3D land shines in much the same way New Super Mario Brothers (available at Queens Library) did. It’s, at its heart, a run back to the classic side-scrolling platforming games, but using the current tech to allow a three dimensional plane for Mario to run in. It’s the tech of Mario 64 and Galaxy, but with the soul of the older entries, and specifically that of Mario 3.

The plot of the game is that not only has Peach been kidnapped yet again, Bowser has also gotten ahold of the leaves of the Tanooki tree. Mario 3 for the NES had introduced leaves that gave Mario a raccoon tail that let him fly, as well as a suit called the Tanooki suit that let him do that and also turn into a statue, a reference to the Tanuki in Japanese mythology. This game brings back a rough mash-up of the two, making it leaves that give Mario a full body suit that lets him glide a bit.

From there, it’s a lot of familiar platforming and enemies. It takes no time at all to get into the swing of things. The 3D in the system is used to great effect to add depth to the levels, and the best projection is done in sequences where Mario has to be made to run “out” of the screen while the platforms appear in the foreground in front of him. It’s also used well to add variety to the level design, ranging from 3D roaming to side-scrolling to overhead view and more. As a side note, in a reference to the recent 25 year anniversary of the Legend of Zelda, level 5-2 is done in the style of a LoZ dungeon, complete with the “Hidden Passage” sound effect.

At first glance, the game feels a bit short, but after you defeat Bowser and save the day, you’re given another eight worlds worth of levels to muck about in, now with a higher difficulty. There are also three giant coins to be collected in each level which are used to unlock extra levels as well as Bowser’s Castle.

The 3DS does not yet have a showstopper game, but while we wait for one, Super Mario 3D Land is certainly worth a look. The game is a lot of fun and a fun way to kill a little time … or a lot when you reach one of those levels that you know you can beat. Just one more try…