Literary Thursdays: Getting Smart about Race 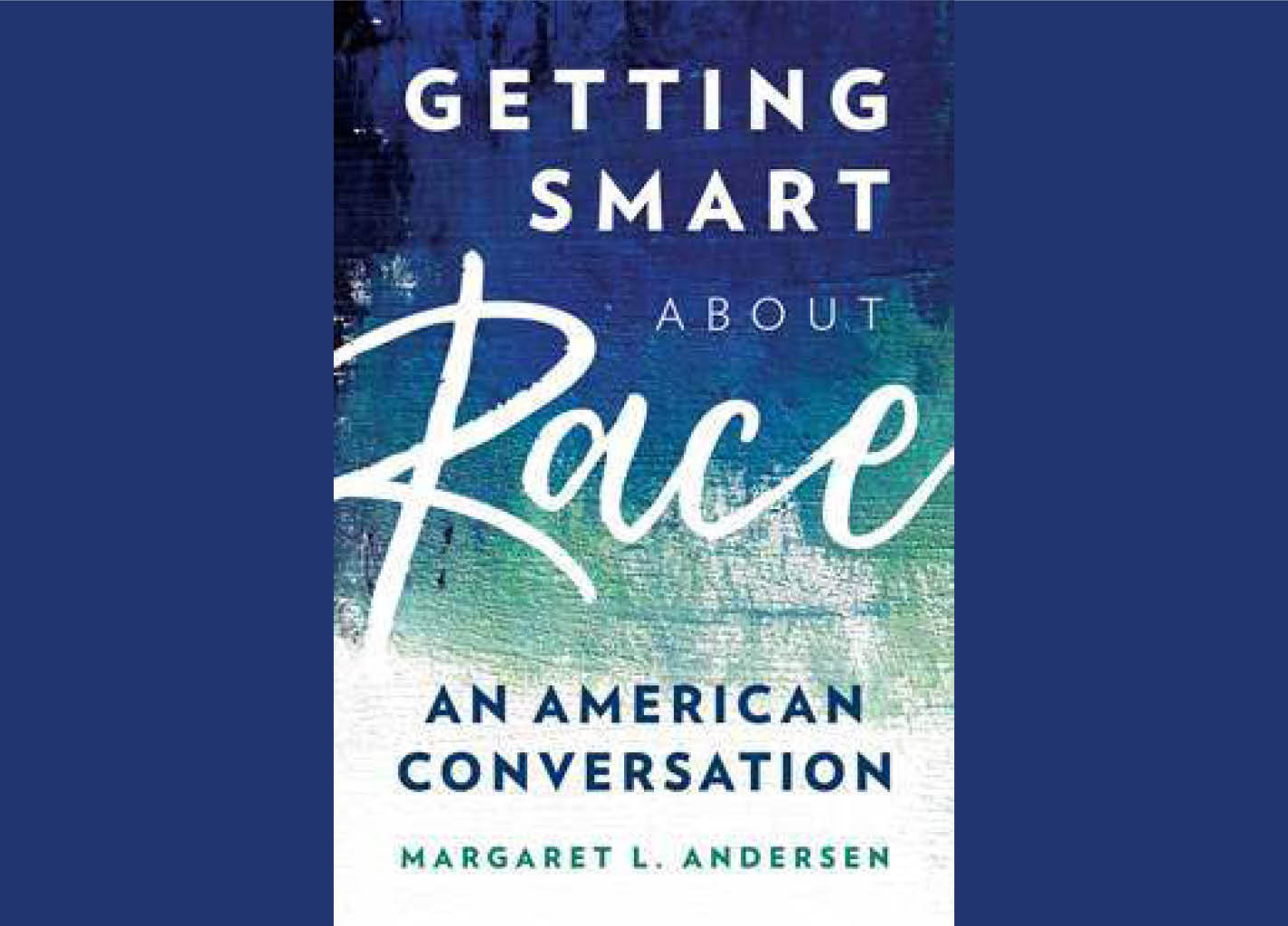 Every Thursday at 4pm, the Library hosts a guest author for Literary Thursdays. On Thursday, October 22, our guest was Margaret Andersen, the Edward F. and Elizabeth Goodman Rosenberg Professor Emeritus of Sociology from the University of Delaware. Andersen’s latest book, Getting Smart about Race: An American Conversation, was published this past winter. Andersen began by expressing how much the killing of George Floyd and the coronavirus pandemic have laid bare the reality of racism in this country. Black and Latino individuals are three times more likely to be infected and two times more likely to die from COVID-19. Those marching against systemic racism beginning in May 2020 put our nation’s twin pandemic of COVID-19 and racism at the forefront of our media; Andersen asked, are we ready for a racial reckoning? She described how certain symbols of racism were excised: Aunt Jemima from pancake syrup and the Redskins from a football team’s name. But changing symbols is not enough: we need new policies and we all have a responsibility to use our talent and resources to make them happen.

Perhaps more importantly than the changing of symbols, she said, Joe Biden named Kamala Harris, a multiracial woman, to his vice presidential spot on his ticket, making her the first African American woman on a major presidential ticket. Is this, Andersen wondered, the moment we’ll finally get smarter about race? She noted that bestseller lists have been packed with books about race, indicating people may be educating themselves about the topic, but asked whether the nation will have the will to change.

Another question Andersen raised is whether the United States will move beyond the black-white model and consider the experiences of Hispanics, Asian Americans, and Native Americans. Her book, she explained, emphasizes there are three important things for each of us to pay attention to and try to put into action: recognize how racism is built into society, call it out, and do something about it. Racism, she said, is not the same as prejudice. While prejudice is an attitude, racism is a system that advantages whites and disadvantages others. Race as a social construct was specifically created to justify oppression; as an example, she gave Hitler’s creation of Jewish as a race. Race is invented to support inequality. While racists often claim there are fundamental physical differences, the Genome Project has proved that there is no such thing as a race gene. Race has political, economic, and cultural dimensions. For example, Andersen discussed the census and how race is collected on it. The categories of race and ethnicity have changed over time, and for a long time race was indicated only by the census taker’s observations.

As much as we should be horrified by the resurgence of white supremacy, Andersen said, do not be distracted from more covert forms of racism. Racism impacts everyday interactions even when no prejudice is expressed. What happened in the past, she said, reverberates in the present and advantages whites who demonstrate no prejudice. She also discussed the practice of redlining in the housing market, and showed how it has affected the accumulation of wealth and the median net worth of different races. Additionally, whites are three times more likely to receive an inheritance. These factors can influence whether a household is able to sustain a crisis, such as the economic or health crises we are seeing because of COVID-19. In May 2020, 28% of African Americans had to defer mortgage payments compared with 9% of whites.

Andersen encouraged the audience to recognize the reality of racism and not avoid talking about it. She shared her own childhood experience of growing up in segregated schools in both Rome, Georgia and Boston, Massachusetts and how that made her curious about race. Segregation, she said, is the enemy of overcoming racism. Contact between groups shatters stereotypes. While race is a social construct, it is real in terms of our identities and the impact race has on society. You can’t get to colorblind, she said, by ignoring race.

Getting Smart about Race is available as both a book and an eBook from Queens Public Library.