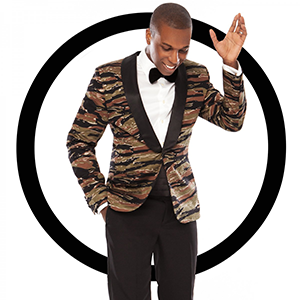 Check out our music recommendations for September 2016!

Leslie Odom Jr., Leslie Odom Jr.
Born in Queens, Leslie Odom, Jr. is an actor and singer best known for his Tony Award-wining role as Aaron Burr in the Broadway smash hit Hamilton. His self-titled CD was first released in 2014, but an updated and improved version has just been made available to capitalize on his stage success. His style on the album is more jazzy than Broadway, though several songs from musicals are included (but none from Hamilton). His presentation is a combination of Nat King Cole and Frank Sinatra, but his style is still quite unique. See for yourself in the video for the first single, “Autumn Leaves."

David Nail, Fighter
David Nail is an American country music artist originally from Missouri. He may not have the name recognition of others in his field, but he certainly has enough fans and awards to get those artists’ respect. Fighter is his fourth full-length album and it represents a change in his tone. Where he used to sing songs about the usual country themes, his experience as a new father has allowed him to open up and make his songs more personal and reflective. You can hear that on the song “Ease Your Pain.”

Snoop Dogg, Coolaid
Snoop Dogg's 14th studio album is a return to form for a rapper who hasn’t been doing a lot of rapping the past few years. If his lyrics seem a bit self-congratulatory, at least his track record proves they are well-deserved. Yes, there are songs about smoking pot and LA street culture, but Snoop drops enough current slang and pop references to make sure we know he’s still relevant. What really matters, though, are his rhyming skills, and those are in evident abundance. Despite his many forays into other genres and explorations of different styles, Snoop can still do battle with those half his age. Listen to the first single, “Kush Ups," featuring Wiz Khalifa.

Steven Tyler, We’re All Somebody From Somewhere
The Aerosmith front man goes country on his first solo release. The title track (and first single), written by Tyler with The Cadillac Three's Jaren Johnston, is a celebration of America as a melting pot. The album is laden with power ballads and pulsating rockers, and Tyler has a laugh as he skips through the effervescent "I Make My Own Sunshine" and glides into the groove of "Sweet Louisiana." However, a good chunk of We're All Somebody From Somewhere moves a good deal slower, pulsating along with minor keys and deliberate marches. Pro that he is, Tyler never seems out of sorts when he is out of his rock-and-roll comfort zone. Check out the video for the single “Love is Your Name."

The Monkees, Good Times!
Here they come, walking down the street....Fifty years after their debut album and TV show, the Monkees are back with a new album. The songs on Good Times! are like a wedding dress—some are old, some new, some borrowed, and a bit of blues. When it came out earlier this summer, it debuted at number eight on the Billboard Top 200, and the more recently released vinyl edition made it to number one on that format’s chart. With some songwriting help from Noel Gallagher (Oasis), Rivers Cuomo (Weezer), Andy Partridge (XTC), and others, it should appeal to new fans as well as the faithful. Even the dearly departed Davy Jones makes an appearance on a remastered song from the archives. If you’ve ever been a believer in the pure power of pop, you owe it to yourself to check out the video for the first single, “She Makes Me Laugh."

ScHoolboy Q, Blank Face LP
ScHoolboy Q is a hip hop artist from Los Angeles whose first major studio album, Oxymoron, went straight to number one on the Billboard Top 200 in 2014. His new release, Blank Face LP, made it to number two in its first week of sales, so he obviously has a devoted fan base. Despite being from the West Coast, ScHoolboy Q is obviously more influenced by East Coast rappers Nas, 50 Cent, Jay-Z, and The Notorious B.I.G. He even admits so himself. His style varies from smooth to hard and he could easily go the R&B route if he chooses. For now, though, he’ll keep doing what works best for him, working with artists he respects and only releasing the material he is most proud of. The first single, “Groovy Tony,” was a hit earlier this summer, but if you missed it, listen to it now.

blink-182, California
Whether they meant to or not, blink-182 paved the way for a new version of pop punk. After two weirdly restrained albums, the band is aiming to recapture its golden-age sound on California, their seventh album. The opening song “Cynical” brings the intensity and urgency of their early material, sweetening the pop side of pop punk and making them sound more like a unit than ever. Further highlights include "She's Out of Her Mind" (which builds a sing-along out of the term "anti-social"), "No Future," and "Kings of the Weekend," which all pile up hooks like empty beer cans. It’s good to hear blink-182 having fun in the studio again—and hearing that may be the best part of this album. Watch the official video for “Bored to Death."

Blake Shelton, If I’m Honest
You probably know him best as a judge on the TV talent show The Voice, but Blake Shelton has been a bona fide star of country music since 2001, when the Academy of Country Music nominated him as Top New Male Vocalist. In the 15 years since then, he has won over 25 awards, appeared on numerous television shows, and has just released his tenth studio album, If I’m Honest. He must be doing something right, because he just won the People’s Choice Award for Favorite Male Country Artist. If you’re more familiar with his judging and mentoring skills than his singing, check out the video for the playful “She’s Got a Way with Words.”

Maxwell, Black Summers’ Night
Along with fellow musicians D'Angelo and Erykah Badu, Brooklyn-born Gerald Maxwell Rivera (better known simply as "Maxwell") has been credited with helping to shape the "neo soul" movement that rose to prominence during the late 1990s. He's been working on his fifth studio album—the long-awaited Black Summers' Night—for the past six years. The album is a collection of shimmering love songs that pushes the limits of R&B. At least half of the album is drenched in sunshine, juxtaposing sparkling chords with fed-up lyrics on songs like “Gods.” Musically, it brings to mind his second album Embrya, which found the singer diving deep into oceans of sound, full of undulating bass lines and gurgling synths, with his sweetly effortless tenor floating and glinting atop. You can stream the entire album on Freegal.

Jeff Beck, Loud Hailer
Ranked one of the “100 Greatest Guitarists of All Time" by Rolling Stone, Jeff Beck has twice been inducted into the Rock and Roll Hall of Fame. His new studio album, Loud Hailer (the British word for megaphone), combines fluid fretwork with topical lyrics, written with the help of two fierce young females from London: singer Rosie Bones and guitarist Carmen Vandenberg. The intense album opener “The Revolution Will Be Televised” takes up the blurring line between fantasy and reality in the age of drones and violent video games and does not stop there. The songs get political and take hardline stances against conservative politicians, the world’s dependency on oil, and Beck's fears for the children of the world. Loud Hailer doesn't bother with too many references to contemporary music. Like earlier efforts, it's built around that amazing tone and variations on the 12-bar blues. Watch the lyric video for “Live in the Dark."