Our New Music For November! 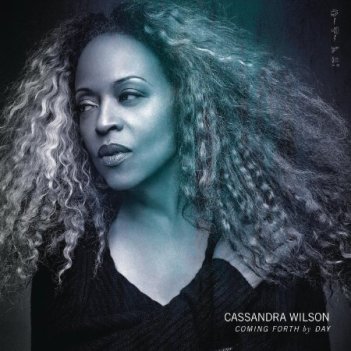 Check out these music recommendations for November!

Cassandra Wilson, Coming Forth by Day
Though she is often labeled a jazz singer, Cassandra Wilson is so much more. She is also a musician, songwriter, and producer who loves to infuse jazz with elements of country, folk, and blues. She’s been working hard since 1986, putting out almost 20 albums of her own and appearing on dozens of others. Her latest, Coming Forth by Day, reinvents the Billie Holiday songbook, breathing fresh life into old standards.  You can stream the whole album on Freegal.

Shelby Lynne, I Can’t Imagine
Shelby Lynne is a genre-bending singer/songwriter who has gone from Dixie to California styling in her 13-album career. Her latest record finds her back in the South, adding some twang to her soul and some rock to her rhythm and blues. No matter the style, her pitch-perfect contralto is the perfect emotive tool for her songs from the heart. Listen to the title track.

Kelsea Ballerini, The First Time
Kelsea Ballerini is a country pop singer from Tennessee who grew up singing in church and school choirs. She left college to pursue a musical career and was quickly signed to a country label. Her first single “Love Me Like You Mean It” went to number one on the Billboard country music chart, a feat last achieved by Carrie Underwood in 2006. Her debut album The First Time can be heard in its entirety on Freegal.

Chris Cornell, Higher Truth
Chris Cornell was one of the founders of grunge with his group Soundgarden. They appealed to the heavy metal fans that weren’t quite into the punkier bands like Nirvana or Mudhoney. His career then went something like this: Soundgarden then solo, join Audioslave then solo, Soundgarden reunion tour and then back to solo. He has said that when life on the road gets too loud and crazy, he likes to step back and record quieter material. The solo albums may not sell millions, but they can be more rewarding and satisfying than head-banging. Try “Nearly Forgot My Broken Heart” and decide for yourself.

Alexis Spight, Dear Diary
As a PK (preacher’s kid), Alexis Spight grew up in church in Buffalo, New York. Though she sang in the choir for as long as she can remember, it wasn’t until she was cast on the BET talent show Sunday Best that she realized she could make a career of it. Her brand of urban contemporary gospel made her a popular contestant on that show. Her debut album went to number one on the Billboard gospel chart. Her new album, Dear Diary, is a bit more personal. Listen to the song “Drop That."

Wilco, Star Wars
You can be forgiven for not knowing that Wilco released their ninth studio album, Star Wars. It was a surprise free CD on their website, four years after their last album. Unlike the free U2 album that forced its way into everyone’s iTunes, people actually wanted this one and the critics have hailed it as a welcome return to form for the band. It is experimental without being weird and, like the kitten on the cover, very warm and fuzzy. This may not be the best entry point for newcomers, but fans should be jumping for joy. Check out the song “Magnetized."

Tony Succar, Unity: the Latin Tribute to Michael Jackson
Tony Succar is a Peruvian-American musician and the leader of the Unity Project. Unity seeks to celebrate the music of Michael Jackson with a Latin-orchestrated sound. It is a bold step that brings the Jackson hits to another level of intensity. Tony is helped by stars like Jon Secada, Tito Nieves, and Jean Rodriguez, who all add their unique sounds to the mix. If you are a fan of Michael Jackson but never really gave Latin music a try, this is a great gateway. You can watch some videos on the project’s YouTube channel.

Meek Mill, Dreams Worth More Than Money
Meek Mill is a hip-hop artist from Philadelphia. When he isn’t getting into fights with Cassidy and Drake, he puts out some incredible tracks. His latest album, Dreams Worth More Than Money, was supposed to be released last year, but his probation was revoked and the record label thought it best to wait until he was free and able to promote it. If Meek can manage to stay out of jail, he can pretty much write his own ticket, since the delayed album went to number one as soon as it was released. Listen to the lead single "All Eyes On You.”

Faith No More, Sol Invictus
Faith No More are an influential funk metal band that started in 1981 and influenced everyone from Nirvana to Slipknot. They started a ten-year hiatus in 1998 and then came back for a reunion tour that went so well they started to record new material. Sol Invictus is their first new album since 1997, and it stays true to their signature sound while also incorporating some goth and indie-rock vibes. This could be a new beginning for an old favorite. You can listen to all 10 tracks courtesy of Freegal.

Jason Derulo, Everything is 4
Jason Derulo is a singer and dancer from Florida who became a household name as a judge on So You Think You Can Dance?. You may also know his smash singles “Wiggle” and “Talk Dirty,” which were worldwide hits. His fourth album is appropriately titled Everything is 4 and the first single “Want to Want Me” was the most-added track to American Top 40 radio in history. He has won several R&B awards and is poised to win more. Watch the video for his latest single “Cheyenne."