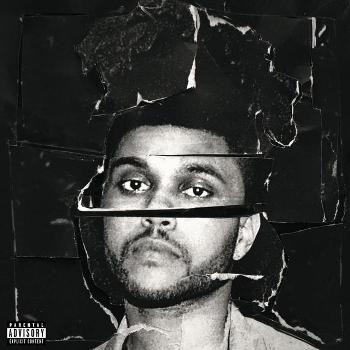 Check out these music recommendations for October!

The Weeknd, Beauty Behind the Madness
The Weeknd (real name Abel Tesfaye) hails from Ontario and is currently the king of the Billboard R&B chart. His second album, Beauty Behind the Madness, already has 3 hit singles and is, so far, the second best-selling CD of 2015. He cites Prince and Michael Jackson as his main influences and it is easy to hear how he channels those artists in his songs. The music has great crossover appeal, so don’t be surprised when people over 35 start tuning in. Check out the video for “Can’t Feel My Face.”

Vince Staples, Summertime ‘06
Vince Staples is a rapper from California who is part of the group Cutthroat Boyz. Summertime ‘06 is his debut solo album and it has caught a critical wave of praise for his lyricism and production. Vince is a former gang banger who chose to follow a musical path away from the dead-end street he was on, and his experiences are reflected in his songs. Though the topics may not be new, his approach and style are definitely not old school. Hear for yourself on the song “Señorita."

Hilary Duff, Breathe In. Breathe Out.
It has been eight years since actor/singer Hilary Duff’s last record, but Breathe In. Breathe Out. is finally here and her fans have not forgotten her. The album debuted at number 5 on the Billboard Top 200 and received generally good reviews. On BIBO, Hilary sticks with the pop/glam/dance formula that has worked so well for her in the past. And while being labeled as “mindless pop fun” might be seen as a negative, in this case it is entirely accurate and a positive critique. So, get ready to dance and stream the whole album now from Freegal.

NF, Mansion
NF is short for Nate Feuerstein, who is a gospel rapper from Michigan, and Mansion is his debut album. If the term “gospel rap” makes you think NF is a robed choir boy, think again. His style is all raw emotion and passion with heavy beats straight from a horror movie soundtrack. It is the modern equivalent of fire and brimstone. You won’t be hearing this in church anytime soon, but it may inspire you to visit. Give the video for “Intro” a try.

Rap Club, Hot! Fresh! Delicious!
In North Carolina, the New Hanover Public Library has a rap club. To quote their mission statement, “Research has shown that children who are better rhymers are better readers. Rap Club gives children the opportunity to play with language and express themselves in a creative way." They decided to record an album and the result is Hot! Fresh! Delicious!. It is absolutely charming and a call to arms to Queens Library to show them we can do it, too! Until then, check out the video they made for “No Food is Allowed in the Library." 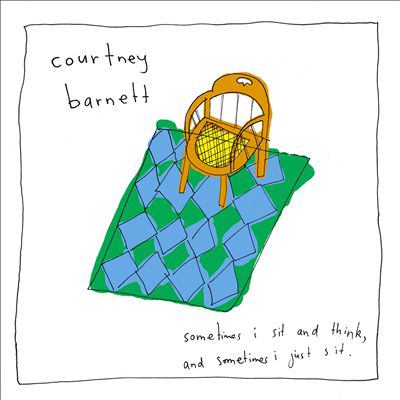 Courtney Barnett, Sometimes I Sit and Think, and Sometimes I Just Sit
Australian musician Courtney Barnett has become this year’s darling of the indie music scene. Her songs are getting radio play on alternative rock stations as well as NPR. Courtney’s lyrics run from whimsical and surreal to darkly comic and her lyrical style is like a cross between Bob Dylan and Kurt Cobain. Her debut full-length album Sometimes I Sit… is already on many "best of 2015” lists, and you can stream every song from Freegal.

Various Artists, Loose the Funk: Rarities from the Jewel/Paula Vaults
Record collectors have always known that digital music providers like Pandora, Spotify, and even iTunes don’t have everything. Many still prowl through dusty record bins at flea markets and garage sales looking for lost treasure. Others wait for label compilations like Loose the Funk to do the work for them. Taken from the vaults of Jewel Records and its subsidiary label, Paula Records, both in Louisiana, these tracks from the 1960s and '70s have roots in jazz, blues, and gospel, but they all cross over to the funk. There’s a party going on here and you’re invited. Start with “Prove It” by the Genies.

Titus Andronicus, The Most Lamentable Tragedy
Titus Andronicus is a punk band from New Jersey with a Shakespearean name and a lot of conceptual music. Their current album is a 29-song rock opera about the lead singer/songwriter’s manic depression. His name is Patrick Stickles and he must be tough to work with as the band has had over 20 former members in its ten-year career. That said, they have plenty of fans and have appeared on late night TV several times. The music is fast, loud, and theatrical. Watch a 15-minute video from the new album’s second act, "The Magic Morning."

Elvis Perkins, I Aubade
Elvis Perkins is a folk-rock musician who had success with his first two albums but has been out of sight for the past five years. That is his real name, by the way. His father is famous Psycho actor Anthony Perkins, who was a huge Elvis Presley fan. As for his new album I Aubade, it's a lo-fi collection of poem songs that demand repeated listening to be fully appreciated. This may be worrisome to his fans, who are more used to the exuberant and anthemic songs of his previous albums. Here, his sly songcraft shows a talent for rhythmic poetry that complements his plaintive, dreamy vocal style. Listen to his song “Hogus Pogus."

The Skints, FM
The Skints are a ska/punk/reggae outfit from London known for their live shows and infectious grooves. Their lyrics are always about how hard life is in East London, but their melodies are sunny and light. Their third album, FM, is a concept album about a fictional radio station and the influence its music and DJs have on the lives of down-and-out kids. Playing with that concept, they do cover versions of influential songs by artists such as Lily Allen and Black Flag. Check out their video for the song “This Town."