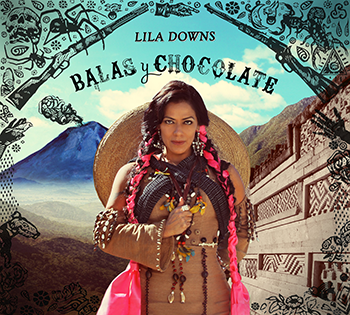 Check out these music recommendations for September!

Lila Downs, Balas y Chocolate
Lila Downs is an American-Mexican singer-songwriter who has lived throughout Mexico and the USA. She sings in many indigenous Mexican languages, such as Mixtec, Mayan and Zapotec, but her song arrangements are not always so traditional. The title of her latest album translates to “Bullets and Chocolate,” although the concept is more about ideas and strength. Her songs may have roots in political folk music but Lila has recorded in many styles, including rap, rock, flamenco and ska. Check out the title track.

Casey J, The Truth
Casey J is an elementary school teacher from Atlanta who has been singing gospel since she was 12 years old. Her pastor encouraged her to record the Will Reagan tune “Fill Me Up” and it soon became a radio hit. With that kind of encouragement, she recorded the whole album The Truth live at the Fresh Start church in Duluth. It went immediately to number one on the Billboard gospel chart the week it was released. Watch the lyric video for "Fill Me Up."

Various Artists, The Rough Guide to Psychedelic Salsa
There are dozens of titles in the Rough Guide series and most of them are worth your time. One of the latest focuses on psychedelic salsa, which could easily be dismissed as “Santana at Woodstock” but is so much more. Yes, the Sixties are represented, but so are many current bands with new ideas on what it means to be psychedelic. From synth effects to warped trumpets, these songs are not the typical soundtrack at your local Mexican restaurant. The Rough Guide folks have even created a YouTube playlist for the CD.

Prince Royce, Double Vision
Prince Royce is a pop singer from the Bronx who, until now, has recorded primarily songs in Spanish. Double Vision is his first English-language album, but there is still a hint of Latin soul in its grooves. The songs are primarily modern R&B, slow ballads and up-tempo numbers to fit many moods. Snoop Dogg, Jennifer Lopez and Tyga are featured on various tracks, but the star is undoubtedly Prince Royce. You can hear the entire album on Freegal.

Best Coast, California Nights
Best Coast is a primarily indie rock duo from Los Angeles consisting of singer-songwriter Bethany Cosentino and multi-instrumentalist Bobb Bruno. Their dreamy, sometimes droning (yet catchy) sound is influenced by 1960s surf and garage bands, the Go-Go’s and My Bloody Valentine. Although the group was formed in 2009, they would have fit right in at Lollapalooza 1994. They seem to be finding favor with young fans who like to play real instruments and use analog gear. Watch the video for the new album’s title track. 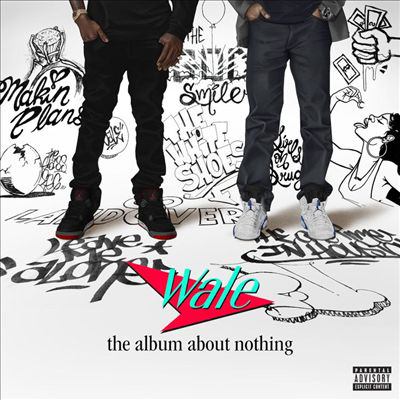 Wale, The Album About Nothing
Is that Jerry Seinfeld guesting on a rap album? It certainly is! D.C. rapper Wale has a history of compiling Seinfeld-themed mixtapes, and his latest CD takes that concept to the next level. Jerry acts as a narrator for the songs while Wale does his go-go influenced raps on all manner of social issues. This could be the start of a new trend in hip hop, sampling sitcoms as a point/counterpoint to the lyrics. Hear what that sounds like on the song "Matrimony."

James Bay, Chaos and the Calm
English singer-songwriter James Bay is currently being featured in Apple Music ads as an artist "you are about to love." You have to love someone who says they attended the School of Wearing Silly Hats. He is a classically-trained guitarist and his vocal style is sensitive but strong. Fans of Hozier or Sam Smith should appreciate Bay’s debut album. Watch the video for his first single "Let It Go."

Neil Young, The Monsanto Years
Neil Young, the godfather of grunge, likes to write impulsive songs when he’s angry. The most famous example is "Ohio," which he wrote after the shootings at Kent State in 1970. His latest target is corporate America and its stranglehold on politics, our economy and, ultimately, our lives. It is obvious that this album was put together quickly; it lacks polish and editing that could have made it more radio-friendly. However, Neil’s wrath cannot be conveyed in a pretty consumer-ready package and that is the point. Watch as he takes on a well-known coffee shop chain in the video for "A Rock Star Bucks A Coffee Shop."

Lord Huron, Strange Trails
Ben Schneider started Lord Huron as a solo project in Los Angeles in 2012 but soon enlisted a full band to realize the sound he wanted. The music is best defined as indie folk, but elements of country and world music are also evident. Their second CD Strange Trails is a concept album with stories of characters who inhabit a dark apocalyptic dream world. The band is pretty mysterious and vague during interviews and they prefer to let the music do the talking. Hear a whole album of what they have to say on Freegal.

Jamie Foxx, Hollywood
If you only know Jamie Foxx from his TV comedy show or as the actor who played Ray Charles and Electro (not in the same movie), then you need to check out his musical talent as well. Since 2005, he has been putting out award-winning albums of R&B, soul and rap. His latest effort, Hollywood: A Story of a Dozen Roses, features songs about relationships in the movie capitol and how hard it is to find real love.  Although it hasn’t been a hit with the critics, the fans put it at the top of the charts. Check out the song "In Love By Now."