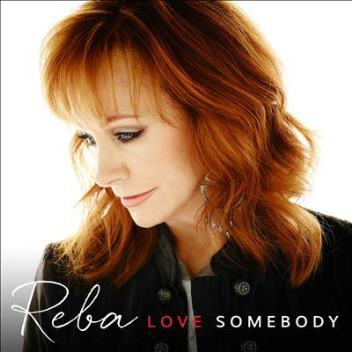 Check out these music recommendations for May!

Reba McEntire, Love Somebody
Reba hasn’t had a new record in 5 years but Love Somebody sounds like she never stopped. This is her 27th studio album and the country/pop hits just keep on coming. It's also the first album on her newly formed Nash Icon record label, indicating that she has taken her personal theme of female empowerment and run with it. Watch the video for the lead track "Going Out Like That."

Darius Rucker, Southern Style
Darius Rucker has had a long, strange musical journey. He came to fame with the rock band Hootie & the Blowfish, and then released a solo R&B album — and now he’s gone country. Southern Style is, in fact, his 4th country album, so perhaps he has finally found his groove in that genre. He has certainly impressed the Grand Ole Opry, who invited him to join their organization in 2012. Watch him perform an acoustic version of the title track.

David Phelps, Freedom
David Phelps is a classically trained tenor with a three-octave range that can raise a roof as well as your spirits. Though the lyrics are definitely in the gospel realm, the styles of songs on Freedom range from rock to soul and even operatic aria. There are gospel favorites and new songs addressing themes of faith, hope, doubt and freedom (of course). You can preview the album here.

Maná, Cama Incendiada
Mexican pop-rock band Maná sell out shows around the world. Their global rhythms, upbeat tempos and sultry lyrics have hit a popular nerve even for the fans who don’t understand Spanish. Their latest album Cama Incendiada ("The Burning Bed") is a bit of a throwback to Maná’s early days, when their sound was a bit rougher and the songs not as sweet as some of their more recent releases.  Shakira also makes a guest appearance on the song “Mi Verdad.” Check out the album's title track here.

Belle and Sebastian, Girls in Peacetime Want to Dance
Belle and Sebastian are a 6-piece indie rock group from Glasgow, Scotland. They are critical darlings of the music press but have had limited commercial success. Their music is often used in movies and TV so you’ve probably heard them even if you’ve never heard of them. Their sound has been described as “wistful pop,” but their latest album might change that perception. As the title suggests, Girls in Peacetime Want to Dance is more club friendly, focusing more on beat and rhythm than tone. Check out the choreographed video for the first single “The Party Line.” 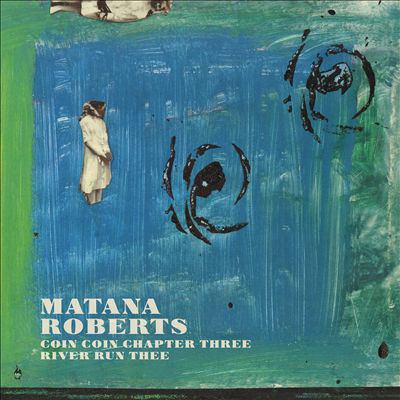 Matana Roberts, Coin Coin Chapter Three: River Run Thee
Mantana Roberts’ “Coin Coin” project is slated to be a 12-part series of soundscapes around the theme of African-American history. If that sounds a bit ambitious, it certainly is. The latest installment could be subtitled “The South,” since that is the mental image it inspires. Part field recordings, part spoken word and part jazz experimentalism, the album works on both intellectual and emotional levels you can’t expect or explain. If possible, listen to it with headphones. Try the opening track “All is Written.”

Björk, Vulnicura
Björk is everywhere, especially if you’re in New York. The Icelandic singer, formerly of the Sugarcubes, has a career retrospective currently on display at the Museum of Modern Art (MoMA). It features her music, her fashion statements, her art and an incredible 3-D immersive experience that has charmed even her critics. She also has a new book, Björk: Archives, and a new album, Vulnicura, for which she did a mini-tour in various venues in New York City. Whether or not you get to MoMA for the whole experience, you can at least check out the album on Freegal.

Ludacris, Ludaversal
If you only know Ludacris as an actor in the Fast and Furious movies, you are missing out on his significant rapping career. As the first break-out star of the Dirty South movement, Ludacris caught the world’s attention with his fast and funny flow. He won a Grammy and several other awards before starting an acting career as well. It has been five years in the making, but his 9th album Ludaversal harkens back to his signature sound, but it's a little more moody and less witty. Check him out live on Ellen performing the first single "Good Lovin."

Big Sean, Dark Sky Paradise
Big Sean is from Detroit, where the competition in rap circles gets pretty fierce. He was good enough to keep getting invited back to weekly rap battles on a local hip hop radio station. It was there that Kanye West heard him and signed him in 2007. He then moved up the ladder and had moderate success with his first two releases, but it wasn’t until Dark Sky Paradise that he got his first number one album.  Check out the single “Paradise."

AWOLNATION, Run
Although AWOLNATION is an electronic band, it is really Aaron Bruno’s project. He has been a part of several other bands but has found his niche in the dark, atmospheric soundscape of AN. They had a hit on their last album Megalithic Symphony with the ADD anthem “Sail” and hope to strike gold again with their new album. This isn’t exactly club music, more like a soundtrack for your subway ride.  Check out the whole album on Freegal.