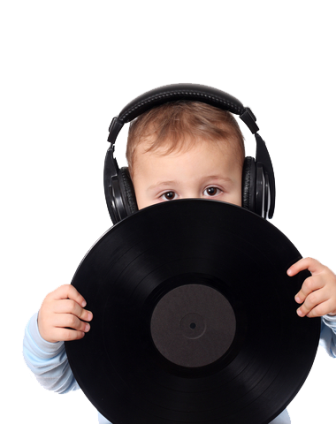 The topic of “my first album” seems so quaint and odd in this modern age of immediate downloading of virtually any song you could imagine, streaming audio, and file-sharing.  However, there was a time not too long ago when music had to be purchased on a disc.  That disc of vinyl or aluminum was generally called a “record” and a record of new material by an artist or group was known as an album. Most people my age starting buying albums in high school and at that time and in that place, rock music was king—from AC/DC to Led Zeppelin, prog rock to southern rock—if you weren’t rocking you were weird.
Thanks to older siblings who spent their money on a variety of albums, I was not unaware of the current trends in popular music. But as they left for college and took their albums with them, I was left to start my own collection. It was 1979, I was a year away from college myself and I had no musical identity to call my own. Hand-me-downs of Broadway musicals and the Beatles album “Magical Mystery Tour” just weren’t going to cut it. It was then that a friend told me of a band with a new style and a new dance: The B-52’s. I hadn’t heard of them, but I trusted my friend’s taste and went to check the group out.
The B-52’s classic hit “Rock Lobster” is a staple of any 80s party and many wedding receptions now. Back in 1979, it was a revolution, a call to arms, a rebellion against the macho “rawk” that ruled the young adult universe. I went to the local Sam Goody’s (a record store chain in malls) and found the bright yellow album. I scanned the notes on the back cover for clues. The B-52’s were a mix of men and women and some of the instruments they were credited with playing (for lack of a better verb) were a bit unusual: a walkie-talkie, a toy piano, and a smoke alarm to name a few. As a science fiction geek, I was immediately drawn to two song titles, “Planet Claire” and “There’s a Moon in the Sky (Called the Moon)”. I must have looked at the album for 20 minutes before deciding that my record collection was going to start with this.
Back at home, I removed the plastic, slid the album out from the inner sleeve (also plastic), and put it on my record player. From the first telegraph tappings of “Planet Claire” to the party crowd sounds fading out at the end of “Downtown” (a Petula Clark cover), I was hooked. By the end of the day, I had all of the lyrics memorized and I was hungry for more. Soon albums by Blondie, Devo, and the Ramones joined the stack.  David Bowie’s “Ziggy Stardust” and a collection of British bands called “No Wave” were also purchased and consumed. I was ready for college. I was not, however, ready for my roommate who worshipped southern rock and hated the B-52s. That’s another story.
So, what was your first music buying experience?