Spotlight on New Book Releases for November and December 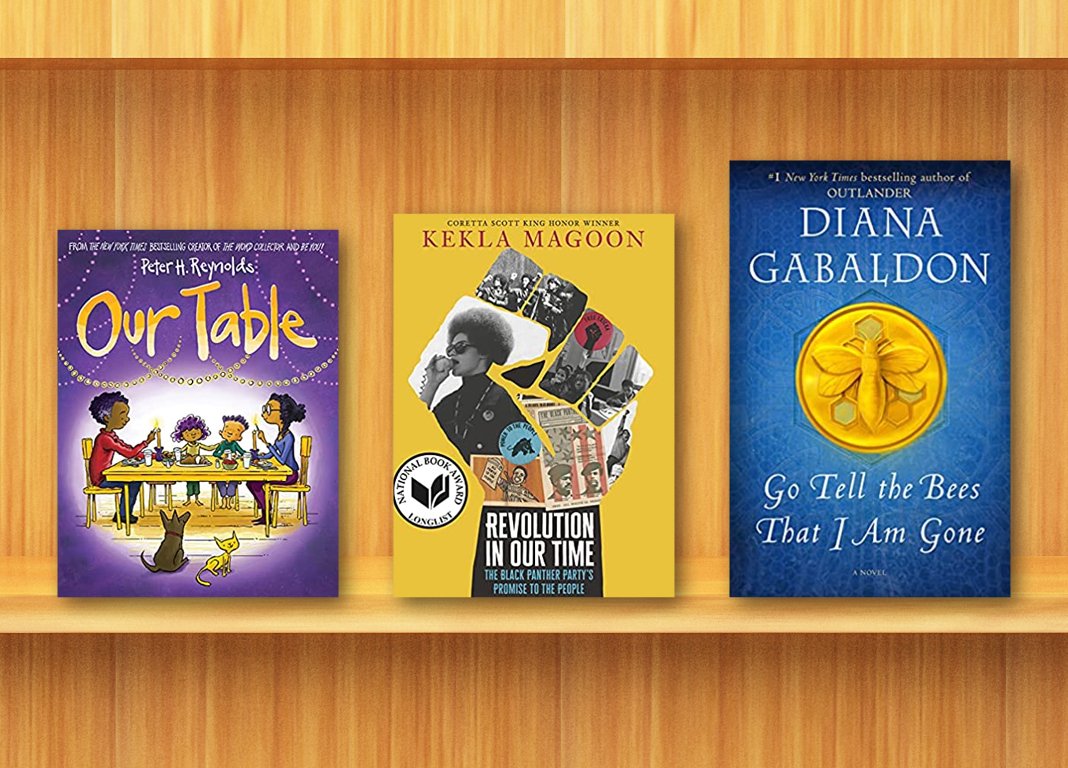 Spotlight on New Book Releases in November and December

Here are some of the new books coming to the Library for adults, teens, and children—from picture books for children and fantasy for young adults to novels and nonfiction for adults as well as books for Native American Heritage Month.

New York Times bestselling creator Reynolds returns with a tale that is perfect for the holidays, about a young girl yearning to reconnect with her family over a meal without the distractions of modern life and technology. Booklist and Kirkus both starred this picture book.

In this sequel to the bestseller Out of My Mind, Melody, a 12-year-old diagnosed with cerebral palsy,  decides to brave summer camp, seeking a place where she can have make friends and have adventures on her own. Both Kirkus and Publishers Weekly starred this book.

Starred by School Library Journal, this is a romantic fantasy in which a noble lord survives a plague and a prison only to meet a historian and team up to figure out why an assassin targeted those closest to the queen.

November 16, 2021
The Nobleman's Guide to Scandal and Shipwrecks  (YA)
by Mackenzi Lee

Lee’s latest is the finale to the New York Times bestselling series featuring the Montague siblings. In the conclusion, teenage Adrian is sent on a pursuit of his adult siblings across the world after finding a piece of spyglass that belonged to his late mother.

The newest installation of Gabaldon’s New York Times bestselling Outlander series, this time-traveling fantasy and romance takes place on the eve of the American Revolution.

November 23, 2021
Revolution in Our Time: The Black Panther Party’s Promise to the People (YA)
by Kekla Magoon

A finalist for the 2021 National Book Award, this detailed history for teens which contextualizes the Blank Panther Party in the Black American experience was starred by Booklist, The Horn Book, Kirkus, Publishers Weekly, and School Library Journal.

December 7, 2021
Beasts of a Little Land (adult)
by Juhea Kim
Booklist and Kirkus both starred this critically acclaimed debut novel. It tells the story of the Korean independence movement through the experiences of a young woman sold as a courtesan and a poor hunter’s son who survives as a beggar.

December 7, 2021
Light for All (children’s)
by Margarita Engle and illustrated by Raúl Colón

Starred by Kirkus, this book celebrates and honors the many contributions immigrants have made to the United States.

Starred by Kirkus, this book features two distinguished scientists answering questions about race, racism, and biology as they demonstrate that racism created race as well as racial inequities.

December 14, 2021
Tomboy: The Surprising History and Future of Girls Who Dared to be Different (adult)
by Lisa Selin Davis

Elaborating on a viral New York Times op-ed, the author explores our notions of gender and celebrates those who do not conform to expectations.

November 16, 2021
An Afro-Indigenous History of the United States (adult)
by Kyle T. Mays

Afro-Indigenous historian Mays presents the first intersectional history the Black and Native American struggle for freedom in America, showing how both groups have continuously worked for justice and sought to end white supremacy.

This coming-of-age story was longlisted for the National Book Award and starred by Booklist, Kirkus, and Publishers Weekly.