Spotlight on New Book Releases for September and October 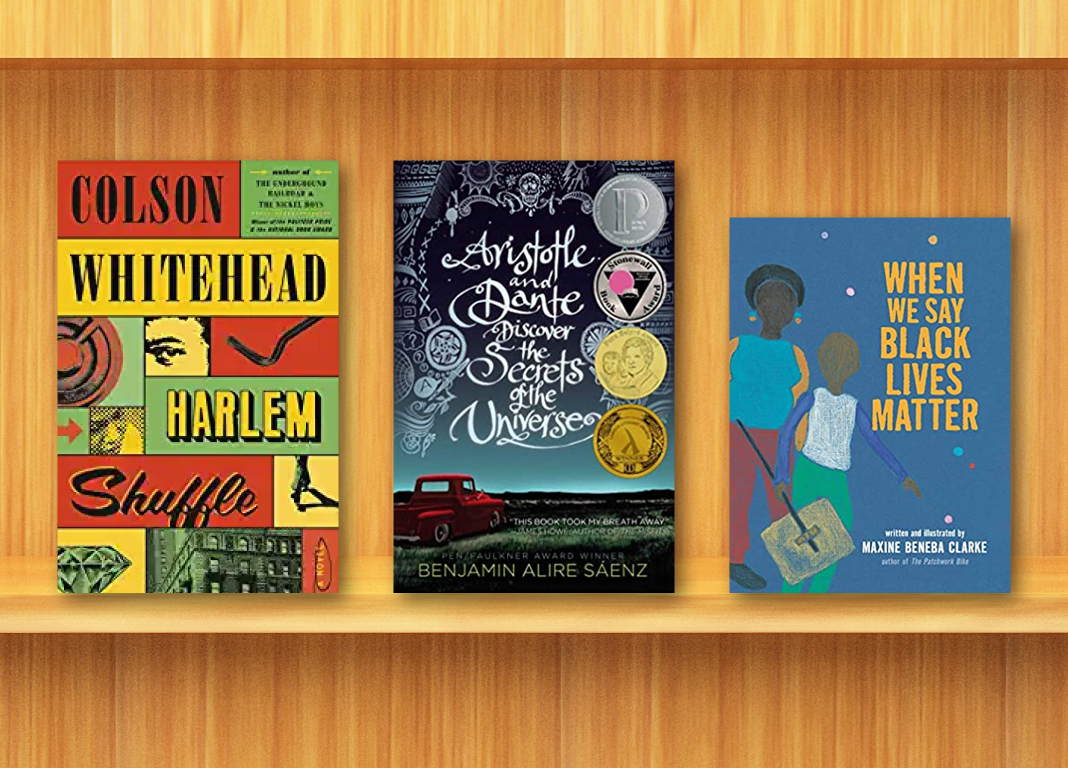 Here are some of the new books coming to the Library for adults, teens, and children—from novels and history to an uplifting anthem and picture book for children as well as novels for Hispanic Heritage Month.

Beautiful World, Where Are You?  (adult)

Starred by Booklist, Kirkus, and Publishers Weekly, this is the newest book from a critically acclaimed novelist. It explores romance and breakups between two couples looking for their place in the world.

Two-time Pulitzer Prize winner Whitehead returns with a shimmering novel of Harlem in the 1960s, following the travails of a furniture salesman who gets involved with a hotel heist gone awry.

Travels With George: In Search of George and His Legacy (adult)

Starred by Booklist, this history and personal reflection follows the bestselling author as he retraces our first president’s journeys throughout the original thirteen colonies.

Starred by Kirkus, Publishers Weekly, and School Library Journal, this is a celebration of what it means to say that Black Lives Matter, created lovingly by an award-winning author-illustrator.

by Amanda Gorman and illustrated by Loren Long

Starred by Kirkus and Publishers Weekly, this picture book by the youngest inaugural poet embraces the power of possibility, encouraging all of us to see our potential to make change.

The award-winning creator’s new set of connected stories explore loss, discovery, love, and grief. Divided into three sections – morning, afternoon, and evening – the stories revolve around a relationship that persists across time.

Starred by Booklist and Kirkus, this new adventure from the New York Times bestselling author features protagonist Mia of the Front Desk series going on a trip to China to visit her extended family.

Black Birds in the Sky: The Story and Legacy of the 1921 Tulsa Race Massacre (children’s)

Starred by Booklist and Kirkus, this history from an award-winning author seeks to help us understand the Tulsa Race Massacre, a century after it devastated the Black Wall Street neighborhood in Oklahoma.

Starred by School Library Journal, this historical novel follows the journey of a woman from Berlin to New York City, where she tries to prevent the U.S. and the Soviet Union from getting a Nazi secret project.

The Book of Magic (adult)

The critically acclaimed novelist concludes her Practical Magic series with a final tale about the Owens family and the lengths they will go for those they love and want to save.

The Inheritance of Orquidea Divina (adult)

This lush novel, the adult debut of the acclaimed author, follows a family as they attempt to understand the meaning of their inheritance by taking a trip to Ecuador, where their matriarch hid her secrets.

Aristotle and Dante Dive Into the Waters of the World   (YA)

This is the follow-up to the beloved novel Aristotle and Dante Discover the Secrets of the Universe; in this sequel, two teens who fell in love must learn to navigate their relationship in a difficult world. Sáenz was the first Hispanic winner of the PEN/Faulkner Award.