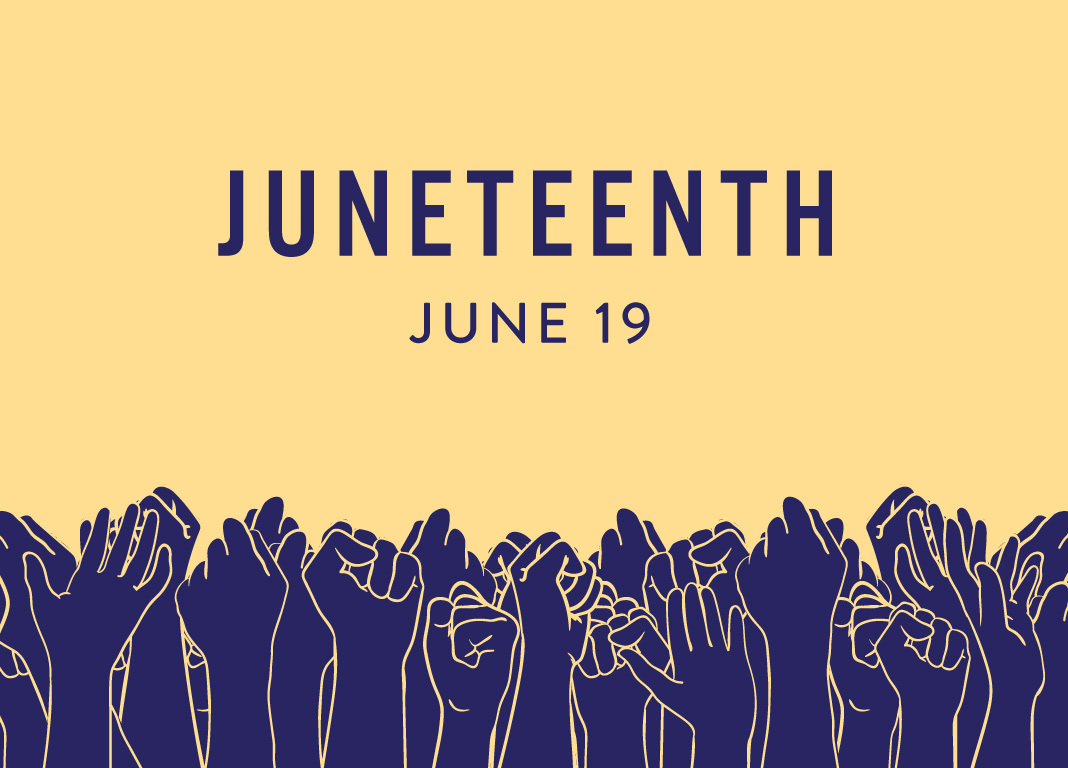 Juneteenth celebrates the end of slavery in the United States. We've compiled reading lists and are presenting a virtual program that re-enacts the first Juneteenth, when slaves in Texas learned they had been freed by the Emancipation Proclamation two years before. We also have other virtual programs: crafts, storytime, and a musical celebration of resilience.

All Queens Public Library locations will be closed on Saturday, June 19 in observation of Juneteenth. Join the Mobile Library from 10am-2pm at Roy Wilkins Park for the Juneteenth in Queens festival. Langston Hughes Library will also be tabling at the festival. Attend the festival's virtual panels in the days leading up to Juneteenth.

Join Hip Hop Coordinator Ralph McDaniels for a virtual DJ experience celebrating the beauty and contributions of the African diaspora through music. Tune in on Instagram, https://www.instagram.com/QPLNYC or @QPLNYC.

Participants will alter the color scheme of the American flag to represent red, black, and green. In addition, we will decorate the borders and interior of the flag with words that celebrate their family values, the relevance of Juneteenth, and/or the greatness of our African Ancestry. Materials needed: Colored construction paper (red, black, green, and yellow) or strips of white paper that they will color in, markers or crayons, scissors, and glue or tape. Sign up here.

The 6th Regiment United States Colored Troops Reenactors present a vignette of the moment when two enslaved women working in the cotton fields in Texas were informed by two black soldiers of the United States Colored Troops that they had been freed by President Abraham Lincoln's Emancipation Proclamation nearly two years ago. Algernon Ward Jr. discusses the aftermath of the first Juneteenth celebration. Join here: https://queenslib.org/3uJtHaO

On Juneteenth by Annette Gordon-Reed: Book
Slavery by Another Name: The Re-Enslavement of Black Americans from the Civil War to World War II by  Douglas A. Blackmon: Book eBook
Stony the Road: Reconstruction, White Supremacy, and the Rise of Jim Crow by Henry Louis Gates, Jr.: Book eBook eAudiobook
The Warmth of Other Suns: The Epic Story of America's Great Migration by Isabel Wilkerson: Book eBook Audiobook
We Were Eight Years in Power: An American Tragedy by Ta-Nehisi Coates: Book eBook Audiobook
The War Before the War: Fugitive Slaves and the Struggle for America's Soul from the Revolution to the Civil War by Andrew Delbanco: Book eBook

In the Shadow of Liberty: The Hidden History of Slavery, Four Presidents, and Five Black Lives by Kenneth C. Davis: Book eBook