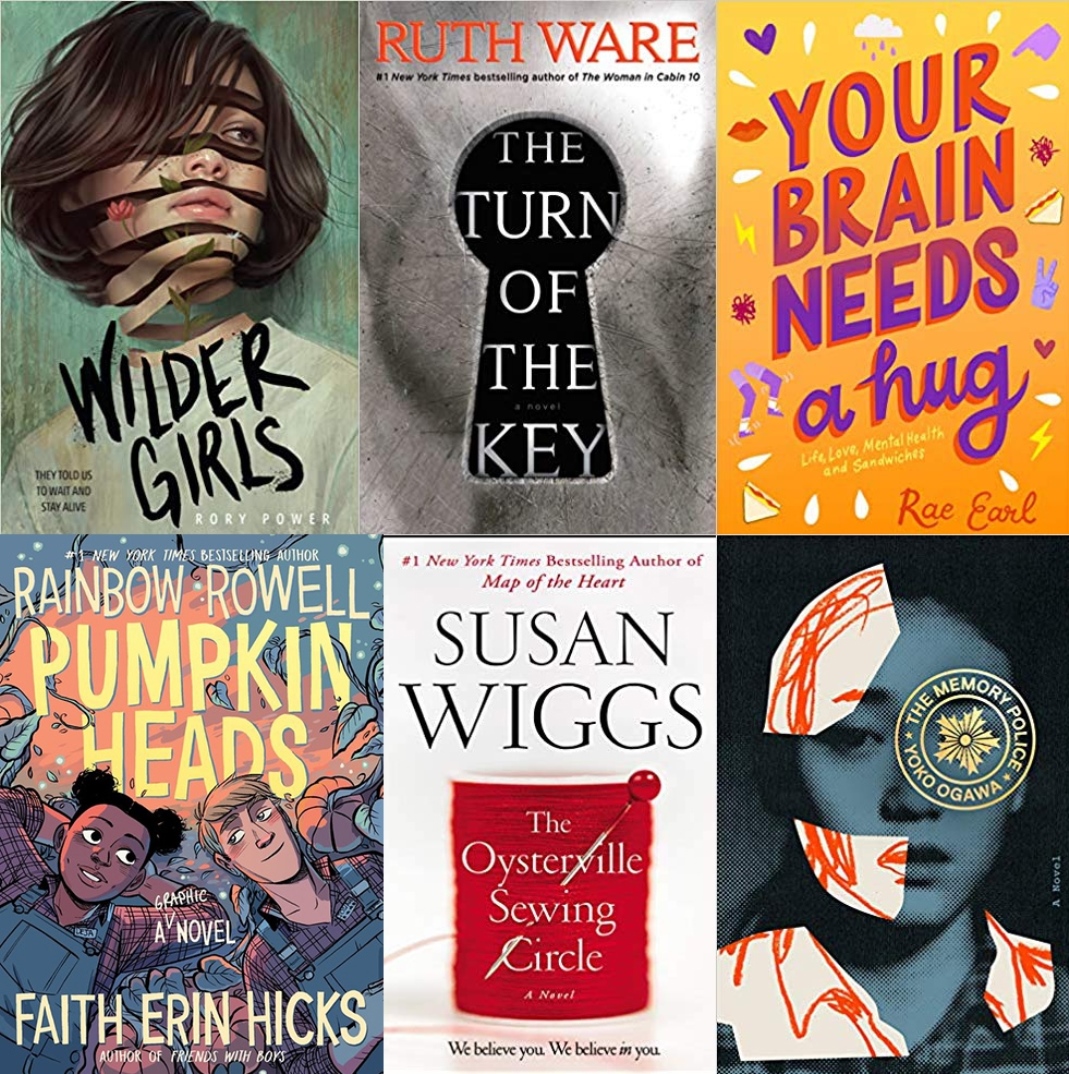 Here are some of the new books coming to the Library for adults, children, and teens, from graphic novels to mysteries to U.S. history.

July 9, 2019
Wilder Girls (YA)
by Rory Power
This stunning debut novel, starred by both Booklist and Kirkus, explores the friendship between three girls quarantined in a boarding school isolated on an island—and what happens when one of them disappears. The risks that the main character takes to find her missing friend teach her the truth about the situation at the school.

July 23, 2019
Soul of Stars (YA)
by Ashley Poston
This sequel to Heart of Iron is a sci-fi adventure featuring Ana, the former empress of the Iron Kingdom who most think is dead, as she and a group of misfits try to reclaim her kingdom while protecting the world from the force known as the Great Dark.

July 23, 2019
Home for Erring and Outcast Girls (adult)
by Julie Kibler
This novel follows the life of a contemporary university librarian as she uncovers the history of a home for downtrodden women, including the life-changing friendship between two young mothers who met there in the early twentieth century.

July 30, 2019
Someone We Know (adult)
by Shari Lapena
New York Times bestselling author Shari Lapena asks how far someone will go to protect their secrets in this novel about a teenager breaking into houses—and accessing his neighbors’ computers. When someone is murdered, the gossip about what has been happening in the neighborhood reaches new levels.

August 6, 2019
The Turn of the Key (adult)
by Ruth Ware
The New York Times bestselling author’s fifth book is an update on The Turn of the Screw. This thriller explores the impact of “smart” technology on our everyday lives and presents us with a murder to solve, as the live-in nanny maintains her innocence in a letter from prison to her attorney.

August 13, 2019
Your Brain Needs a Hug: Life, Love, Mental Health, and Sandwiches (YA)
by Rae Earl
From an author who overcame anxiety and an eating discover comes a guide to living healthily and well. This advice book is full of coping strategies and tips on navigating mental health, social media, family, and friendships—and it offers them with a dose of humor.

August 13, 2019
The Memory Police (adult)
by Yoko Ogawa
In this unsettling novel, acclaimed author Yoko Ogawa explores the power of memory—and the consequences when those in power try to erase it. A novelist tries to hide her editor and keep him safe in this gripping story of people trying to hold on to the past in a society whose leaders are determined to take it away.

August 13, 2019
Percy Jackson and the Olympians: The Last Olympian (YA)
by Rick Riordan and Robert Venditti; illustrated by Orpheus Collar and Antoine Dodé
This graphic novel was starred by Kirkus. As the prophecy about sixteen-year- old Percy Jackson begins to unfold, a clash for civilization takes place in Manhattan, where the Titans seem invincible against the half-bloods. This is the graphic novel adaptation of the fifth and final book in the Percy Jackson and the Olympians series.

August 13, 2019
The Oysterville Sewing Circle (adult)
by Susan Wiggs
New York Times bestselling author Susan Wiggs returns with a story confronting one of the thorniest issues of our society: domestic violence. The main character returns to her hometown with the challenges of raising two orphans and coping with all of the changes that have happened since she left for a glamorous career in Manhattan.

August 27, 2019
Pumpkinheads (YA)
by Rainbow Rowell; illustrated by Faith Erin Hicks
This graphic novel is the latest book from New York Times bestselling author Rainbow Rowell. Two friends, who meet each fall at their seasonal jobs in a pumpkin patch, are faced with their last season together and must decide how to say goodbye.

July 9, 2019
The Vagabonds: The Story of Henry Ford & Thomas Edison’s Ten- Year Road Trip (adult)
by Jeff Guinn
For nearly ten years in the early 20th century, business titan Henry Ford and inventor Thomas Edison spent their summers touring the country together in an automobile at a time before road trips became a common phenomenon.

July 9, 2019
To the Future, Ben Franklin! (children)
by Mary Pope Osborne
In this Magic Tree House book, two children go back in time to meet the Founding Father—only to discover that the inventor is very intrigued by their tree house.