Haitian Cultural Celebrations at the Library

May 18 is Haitian Flag Day, and in celebration of Haitian culture, the Library is putting on an art exhibit, music performance, film screening, and more.

At Central Library, Patricia Brintle’s work is on display until June 1 in an exhibit titled Haiti Cherie. Self-taught artist Brintle is a native of Haiti who favors bright and vivid colors and aims to explore the universality of human emotions in each of her paintings. She exhibits internationally.

Central will also host a Haitian Cultural Celebration on Saturday, May 18 featuring an opportunity to meet Ms. Brintle (12-1pm), storytelling through songs and movement by Rol’hans Innocent (11am-12pm) and an open house with the Haitian American Library Association (1-2pm). There will also be a concert with Sherlee Skai (2-3pm).

On Haitian Flag Day, Cambria Heights Library will host a screening of the film Undiscovered Haiti with Jose Andres, an independent film that takes viewers on a journey through Haiti’s food culture. The film will be shown at 12pm.

This past weekend, South Hollis Library hosted chef Nadege Fleurimond. Community library manager Reginald St. Fort said “she was very, very well received and it was a very informative presentation. She gave the history of Haiti through the food and flavors of the program.” St. Fort explained that she shared the heritage of Haitian cuisine ranging from Taino Indians, the original inhabitants of the island, to the French, Spanish, and Middle Eastern influence. Fleurimond also shared recipes with customers so they could try her cooking suggestions at home.

During our Immigrant Heritage Month celebration in June, chef Nadege Fleurimond will return to the Library with a June 16 visit to Cambria Heights Library. Don’t miss her presentation on her book Haiti Uncovered: A Regional Adventure Into the Art of Haitian Cuisine as well as a performance of music, dance, and storytelling by La Troupe Zetwal. 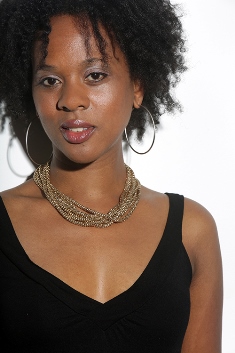 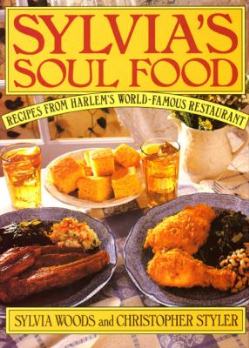 June is National Soul Food Month, but any month is a great time to…