Our New Music For June! 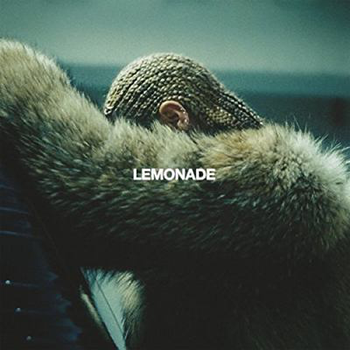 Check out our music recommendations for June 2016!

Beyoncé, Lemonade
Lemonade is the ground-breaking sixth album by Beyoncé. While its predecessor featured individual music videos for each track, Lemonade was accompanied upon its release by a one-hour film that aired on HBO. The album encompasses a variety of genres, including pop, R&B, blues, rock, hip hop, soul, funk, country, gospel, and trap. It features guest vocals from James Blake, Kendrick Lamar, The Weeknd, and Jack White. In case you didn’t know the origin of the album’s title, the song “Freedom” is derived from Jay-Z’s grandmother, Hattie White, who declares, “I had my ups and downs, but I always find the inner strength to cool myself off. I was served lemons, but I made lemonade.” Watch the HBO trailer for the album/concept video.

Sturgill Simpson, A Sailor’s Guide to Earth
Country is a limiting term for Sturgill Simpson. He’s a native of Kentucky, with deep southern roots, who has gained renown as a solo artist thanks to his 2013 solo debut High Top Mountain, an outlaw country record in form and feel. Says Shooter Jennings (Waylon's son), "Sturgill isn't imitating at all, and he sounds like my favorite era of my dad, the Seventies." On his latest, A Sailor's Guide to Earth, the former Navy man serves up life lessons framed as a letter to his son in songs like "Call to Arms," which Rolling Stone calls "an indictment of America's warmongering, media-stupefied culture.” Watch him perform that song live at KCRW.

Lukas Graham, Lukas Graham
From the free-living enclave of Christiania in Copenhagen, Denmark, 27-year-old Lukas Graham (along with his group) has crafted an album that is a combination of funky pop and R&B stylings. His musical influences range from classical—gained during his childhood experiences with the Copenhagen Boys' Choir—to the Beatles and the Stones, as well as the Prodigy and Dr. Dre. The first single, “7 Years” (a huge hit in Scandinavia), is the kind of song that gets crowds waving hands in the air, swaying and singing along. In it, the singer recalls his childhood, his hopes, his dreams—and smoking pot at a young age. You don’t have to get high to enjoy the video for the song.

The Lumineers, Cleopatra
With a sound that has been described as an amalgam of heart-swelling stomp-and-clap acoustic rock, classic pop, and front-porch folk, the Lumineers prove they're no flash in the pan with their sophomore album Cleopatra. Their story began in 2002, but after playing numerous gigs around New York, the band tired of the city’s cutthroat music scene and impossibly high cost of living and headed for Denver, Colorado. The new album, according to front man Wesley Schultz, is a more fully fleshed-out record compared to the “innocent demo feeling” of the band’s debut album, promising more electric guitar, piano, and storytelling. Watch the video for the first single, “Ophelia."

Keith Urban, Ripcord
Keith Urban’s career has seen a long list of groundbreaking firsts and accomplishments reserved for the music industry’s elite. Urban’s reputation as a premier songwriter, vocalist, musician, and virtuoso guitarist has afforded him the opportunity to collaborate with the likes of The Rolling Stones, John Mayer, Alicia Keys, Taylor Swift, Vince Gill, and Eric Church. Though he is Australian, his tenth album, Ripcord, includes an homage to America’s three favorite Johns, "John Cougar, John Deere, John 3:16.” Rolling Stone describes the music as “virtuoso picking on six-string banjo (or ‘ganjo’) locking in with steady basslines and ticking drum tracks to fuse the rootsy precision of bluegrass with the uplifting persistence of EDM." Check out the video for that “John” song.

Royce da 5’9”, Layers
Whenever anyone mentions the name of Detroit rapper Royce da 5'9", a whole list of other names surround it (LL Cool J., Willa Ford, DJ Premier). Mostly, though, people associate him with Eminem. Royce and Eminem have rolled together since their early days in Detroit. His first appearance for many was on Eminem’s The Slim Shady LP. On his sixth solo album, Royce checks all the boxes, fully loading it with big-time producers, skits, and tons of careful introspection, the typical keys to success for any traditionalist rap album. Royce has a newfound commitment to full-fledged storytelling, and it’s easy to hear those gears turning on a song like “Tabernacle,” in which he tells the heartbreaking story of losing his grandmother and meeting his newborn son within hours at the same hospital. Watch an interview with Royce da 5’9” where he talks about his sobriety, Layers, and writing "Tabernacle."

Sin Bandera, Una Última Vez
Sin Bandera (which can be interpreted as "Flagless" or "No Flag") is a Latin pop duo based in Mexico. After getting famous, winning many awards and fans, splitting up, and then reuniting, Una Última Vez is their first original release in ten years. Fans of the group will love the six new songs showcasing their well-tuned voices. Together, they have a unique harmony that compliments their signature ballads. The album also contains upbeat pop songs as well as some hip-hop influences. Watch a trailer (in Spanish) for the new album.

Charlie Puth, Nine Track Mind
Charlie Puth began his career with acoustic covers uploaded to YouTube. An early supporter was Ellen DeGeneres, who signed the Berklee College alum—along with his duet partner, Emily Luther—to her label ElevenEleven. Though that deal fizzled, Puth, at age 24, signed with Atlantic in early 2015. His new album Nine Track Mind features two top 40 singles: the Meghan Trainor duet "Marvin Gaye" and "One Call Away." On "Marvin Gaye," Puth displays a flair for retro flourishes: doo-wop rhythms, sock-hop melodies, finger snaps, and sing-along piano. There's also a classic track in "Then There’s You," which features Puth’s beautiful tenor/falsetto and is made for pop radio in 2016. Watch the video for “Marvin Gaye.”

Santana, Santana IV
Carlos Santana grew up in Mexico, the son of a father who was a mariachi violinist. In the early '60s, the family moved to San Francisco. In 1966, he was one of the founders of the Santana Blues Band, which was evolving until the Woodstock Festival put them on the map. Carlos focused on the Santana band in various incarnations for most of the rest of the 1970s and into the ‘90s. His latest, Santana IV, reunites most of the Woodstock-'69 Santana, including drummer Michael Shrieve, singer-organist Gregg Rolie, and percussionist Michael Carabello, as well as guitarist Neal Schon. The sound of the album is equally rooted in the past, focusing on their much-loved conga-fired soul, funk, and jazz. They may not sound as young and radical as they were, but they do come off as if they never stopped playing and discovering together. You can stream the entire album on Freegal.

Flatbush Zombies, 3001: A Laced Odyssey
Friends since grade school, hip hop trio Meechy Darko, Zombie Juice, and Erick "The Architect" Elliott were born and raised in the Flatbush section of Brooklyn.  Like their last project, Clockwork Indigo, 3001 pays homage to Darko's favorite director, Stanley Kubrick. According to Esquire magazine, "the songs have a much fuller, lush production than a lot of hip hop out there right now. It's a little bit of a callback to some '90s sounds, but feels especially distinctive right now," which is to say the group has grown in the last three years to where they dig everything from psychotropics to designer fashion and flannel shirts from Sears. Watch them perform the album's first single, "Bounce," on The Tonight Show with Jimmy Fallon.