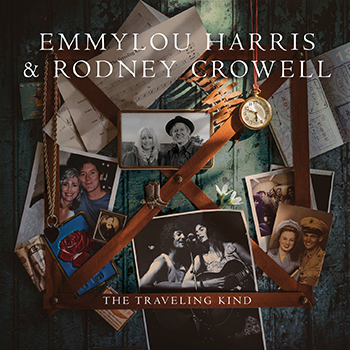 Check out these music recommendations for July!

Emmylou Harris & Rodney Crowell, The Traveling Kind
Emmylou Harris and Rodney Crowell have been collaborating since the 1970s, but they never released an album together until 2013’s Old Yellow Moon. That album was such a success that they’ve decided to do another collection of duets on The Traveling Kind. The songs range from Memphis soul grooves to country-style folk ballads, telling stories of love and struggle. Listen to the title track.

Passion Pit, Kindred
Passion Pit is really just one guy from Cambridge, Massachussetts—Michael Angelakos—plus whomever else he hires to perform live. Angelakos started the project in 2007 and released his first album two years later. Dubbed “indietronica,” the sound is a combination of indie rock with synthpop, making the songs the equivalent of bubblegum pop for hipsters. It is very catchy material, and the song “Lifted Up (1985)” is already on some critics’ Summer Hits lists for 2015. You can stream the whole album on Freegal.

Murs, Have A Nice Life
Who is Murs? The deep answers to that question may be found in the songs on his new solo album. The basic info is that he is a long-time rapper from LA, real name Nick Carter, who has worked with just about everyone in the business. But, as he says in the song “Surprises,” he’s not a name-dropper. The themes on this album may be surprising as well: getting old, children, family and showing respect. He pretty much lays it all out in the title track.

Chris Stapleton, Traveller
As the singer for the band the SteelDrivers, Chris Stapleton got country fans' attention with his traditional styling. He’s also a talented songwriter with four number-one hits (recorded by others) to his credit. Now a solo artist, Chris hopes to get a few hits as a singer-songwriter from his debut album Traveller. He writes songs of a true Southern character, full of bad habits and yearning for something just over the horizon. Listen to the title track.

Tech N9ne, Special Effects
Aaron Dontez Yates, better known as Tech N9ne, started rapping and recording in 1999. He founded the label Strange Music and has gone on to sell over two million records. His work can be heard in movies, videogames and TV shows. Special Effects is his 15th album and many believe it could be his break-out crossover hit. The tracks are powerful, with nods to rap/rock, hip hop and even EDM. There are a lot of guest stars, but Tech is clearly the focus. Listen to the first single, "Lacrimosa."

Todd Rundgren, Global
If you haven’t given much thought to Todd Rundgren since "Hello, It’s Me," that song is over 40 years old and you have a lot of catching up to do. Todd is a multi-talented musician, songwriter, producer, composer and conceptual artist who has been very busy on countless projects. His latest solo album (his 25th) is about not looking inward but reaching out. It is mostly in synth/EDM-style, which may alienate his older rock-n-roll audience, but club kids will appreciate the thoughts behind the beats. Check out the video for the song "Terra Firma." 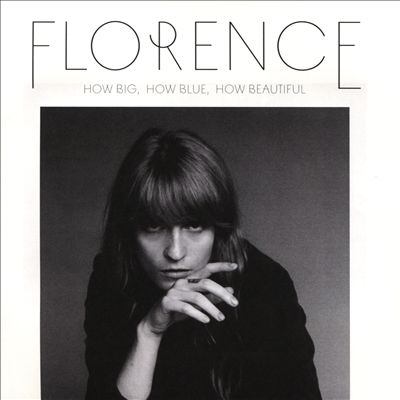 Florence + the Machine, How Big, How Blue, How Beautiful
Florence Welch has a big, soulful voice and she knows how to use it. Her band’s last album, Ceremonials, got them global recognition and a lot of awards. They hoped to repeat the magic with their third album, How Big, How Blue, How Beautiful. When it was released earlier this year, it went immediately to Number One in eight countries, including the USA. Florence + the Machine have come to stay. Check out the album’s second single, "Ship to Wreck."

Sleeping with Sirens, Madness
Sleeping with Sirens is a post-emo pop punk band from Orlando. It’s a millennial thing. Lead singer Kellin Quinn’s vocals are the main attraction, as his tenor leggiero range is instantly recognizable atop the band’s guitars. Their rebel anthem song “Kick Me” is destined to become the new anti-establishment theme for angst-ridden adolescents. But before you stage dive off the deep end, try one of their mellower songs, "The Strays."

Muse, Drones
Muse is a British rock band that has gained a lot of popularity in the USA without much airplay or touring here. Their seventh album, Drones, is a concept album literally about drone warfare and dehumanization. The message is clear —when we lose our empathy, we become no better than the drones we employ to kill others from a distance. Fittingly, the band mostly abandons their recent use of electronica and gets back to guitars and drums. Watch the video for the song "Reapers."

Ciara, Jackie
Ciara Princess Harris, better known as just Ciara, got a lot of attention in 2004 for her first hits "Goodies" and "Oh." Her first album went triple platinum and she was dubbed "the First Lady of Crunk&B." Since then, Ciara has had middling success with her music and acting. Now, she has released her sixth album, Jackie, and has completed her first headliner tour since 2009. While sales have been slow, she hopes that the next single, "Dance Like We're Making Love," will be a summer hit. You can hear the whole album on Freegal.