Check Out Our Hot Music Picks for April! 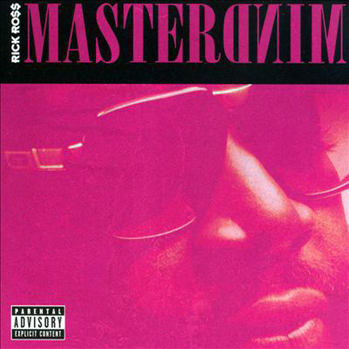 Every month, Queens Library's expert staffers are looking for the best new materials to add to our collection. Check out our music recommendations for April:

Rick Ross -- “Mastermind” (Parental Advisory)
Going straight to No. 1 upon its release, Rick Ross’ sixth album “Mastermind” stays true to the brash hip-hop formula that has served him so well. Featuring guests like Jeezy, Kayne West and Lil Wayne certainly pumps up the talent and guarantees at least three hit singles. The first one, “The Devil Is a Lie,” features Jay-Z and has already been climbing the charts.
Listen to the clean version here.

Young Money -- “Rise of an Empire” (Parental Advisory)
Young Money isn’t one artist; it is a collection of talent on the Young Money
label. Well-known names on the album include Lil Wayne, Drake and Nicki Minaj, but up and coming stars like Euro also shine. It’s a mixture of novices and veterans that doesn’t always work but offers an early clue to some new directions.
Listen to the first single “We Alright” (clean version) here.

St. Vincent -- “St. Vincent”
St. Vincent (real name Annie Clark) got her start as a member of the Polyphonic Spree.  She is a multi-talented singer-songwriter and her self-titled fourth album is one of the most highly acclaimed releases of 2014 so far. St. Vincent’s musical style is hard to describe, somewhere between ’80s new wave, indie rock and jazz/cabaret. Whatever you label it, it will certainly get your attention.
Watch the video for the single “Digital Witness” and decide for yourself.

Foster the People -- “Supermodel”
“Supermodel” is the sophomore release from the group who brought you the infectious tune “Pumped Up Kicks”. Hoping to catch some of that viral mania again, Foster the People have kept the upbeat melodies while adding some darker, angrier lyrics. The band hopes to raise awareness to their causes without alienating their dancing fans. A series of short documentaries was filmed during the making and promotion of the album and it is all available on their YouTube channel.

Beck -- “Morning Phase”
It has been six years since the last album from Beck and 12 years since his critically acclaimed “Sea Change.” This is significant because all the producing he’s been doing the past six years has basically led to a technically better version of “Sea Change.” It’s not necessarily a bad thing for someone better known for re-inventing himself than rehashing old material. This may not be the groundbreaking comeback his fans were hoping for, but it will do nicely for now. If you still think of him as a “Loser” you have a lot of catching up to do.
Listen to the track “Blue Moon” here.

Aloe Blacc -- “Lift Your Spirit”
Aloe Blacc is well-known to the rest of the world for his smash hit “Wake Me Up”. He hopes to find an audience in America with his third solo release “Lift Your Spirit”. The album is a happy mix of retro-soul, hip-hop and singer-songwriter styling. If you enjoy Marvin Gaye, Stevie Wonder or Gil Scott-Heron you should find yourself smiling while listening to Aloe Blacc.
Hear why the title track was iTunes’ “Single of the Week.”

Ledisi -- “The Truth”
Ledisi is best known as a soul balladeer from New Orleans. She is one of Oprah’s favorite artists and she has performed at the White House six times for President and Mrs. Obama. She hopes to gain more crossover popularity with her latest album “The Truth,” which brings the tempo up and allows for some rhythm to go with the soul. She describes her new sound as a personal awakening, an epiphany. You may feel the same way if you’re already a fan.
Hear samples from the album here.

Eric Church -- “The Outsiders”
Outlaw country singer Eric Church cites Waylon Jennings and Metallica as influences, so you know this album isn’t your typical Grand Ole Opry music. Since being signed in 2005, he’s been nominated for dozens of country music awards and won “Best New Solo Vocalist,” “Album of the Year” and “Song of the Year,” among others. For those who are a little bit country AND a little bit rock & roll.
Listen to the title track here.

Sara Evans -- “Slow Me Down”
Straddling the line between country and adult contemporary, Sara Evans isn’t afraid to blend styles to showcase her talent. Her latest album “Slow Me Down” covers many bases and she collaborates with pop and folk artists to keep things fresh. Traditional country fans don’t have to worry -- there’s plenty of toe-tapping twang as well.
See the video for the title track here.