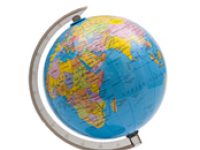 As a part of The Big Read--a national movement aimed at creating a country of readers--in libraries across Queens, we are reading and delving into the themes of the classic Fahrenheit 451. We will explore Ray Bradbury's novel--a character-driven, thought-provoking read set in a dystopian future world that is still recognizable--through free book discussions, film screenings and more community activities open to any and all in the community.

Read the book and want to sink your teeth into another novel that makes you think and assess your own values? Try these:

1984 by George Orwell
"'Big Brother' is watching" has become a catch phrase in our society. 1984 and communism may be in the past, but the ideas in this book remain relevant.

Atlas Shrugged by Ayn Rand
John Galt said he would stop the motor of the world that penalizes human intelligence and creativity.

Lovestar by Andri Snaer Magnason
Technology, advertising, and mass media are ever present in this world where even love is regulated by science.

When She Woke by Hillary Jordan
A young woman awakens to a nightmarish new life; her skin has been genetically altered, turned bright red as punishment for the crime of having an abortion.

Can you think of any others? Add your suggestions in the comments below.