The Hamburger: Fun on a Bun and Food for Thought 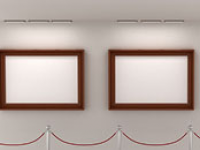 For those of you who don’t read their almanacs every day, May is National Hamburger Month. Why should you celebrate a food item that saturates our culture? At the very least, you can learn how to make a better burger yourself. But thinking about the humble hamburger can also inspire thought and discussion about American identity.

The hamburger, despite a name that seems to derive from a German city, is a particularly American food. It requires minimal cooking and the assembly of many simple, raw ingredients. Convenience and affordability are pretty American.

In the enlightening Hamburgers & Fries, John T. Edge explores the origins and varieties of hamburger with wit and an eye for a good recipe. As Edge observes, it’s possible the hamburger’s origins stretch back to the Mongol hordes who made their way into Russia with their trail-ready raw meat. It’s possible that, centuries later, German sailors returned home from Russian ports craving the chopped meat patties they ate abroad and their wives insisted on cooking it.

But whatever the evolution actually entailed, by the latter half of the 19th century, chopped meat patties were known in the U.S. as “Hamburg steaks,” which devolved over generations of hurried, American speech to “hamburger.”

Edge explores regional recipes as well as historical alterations, such as the Depression-era innovation of adding bread crumbs to the ground beef to “stretch it out.”

It’s not the provenance, but rather the simple persistence of the hamburger during the century of American ascendancy that so closely ties to a national identity. It’s a proletarian food item that changed along with American industry. Henry Ford’s assembly line revolutionized the manufacturing process, and Ray A. Kroc of McDonald’s applied it to the meat patty. The hamburger is inextricable from industrialization now — a readymade, generic food item available instantly with no fuss. The flipside of this association is that the hamburger is also a symbol of the corporate homogenization of culture across the world, as well as a symbol of excess and gluttony. Of course, it’s also an emblem of “traditional” masculinity, as well as childhood innocence and anti-intellectualism. That’s pretty versatile for a slab of ground meat on a bun.

Anyway, whether you’re curious about how the burger was born, what the burger means, how to make the meatiest burger or how to make a meatless burger, Queens Library has you covered. Come in, check out a book and learn a little more about one of America’s iconic foods.

Weekly Composting to Continue Through…

The community compost collections at Queens Library have been…

The Hamburger: Fun on a Bun and Food…

For those of you who don’t read their almanacs every day, May is… 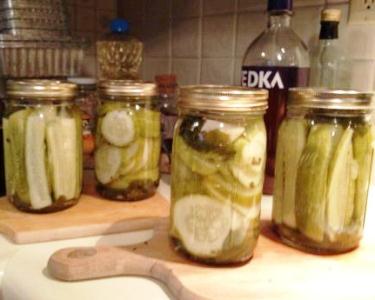 How I Became a Canner!

Since our move to the country a little over a year ago, we have…