At Last, Books That Combine Our Loves of Libraries and Cats! 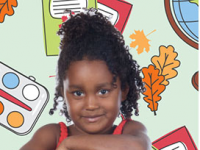 Vicki Myron is the genius behind several books — with options for kids and adults — that happily star both a cat and a library, much to the delight of that wonderful segment of the population, that group of people who prize books and animals, probably more than nearly everything else!

First there’s Dewey: The Small-Town Library Cat Who Touched the World, by Vicki Myron, with Brett Witter, which as the title suggests is the biography of a cat. And what could be better? We are introduced to Dewey as a kitten in the first chapter. It is a bitter-cold January morning in Spencer, Iowa, in 1988 when an abandoned, nearly frozen baby feline is found in an open metal library book drop-box by library director Vicki Myron. The kitty is adopted by the library, named Dewey Readmore Books, and in the following 26 short chapters we read stories of survival and life lived with grace.

Although Dewey is the hub around which the wheel of the story turns, the author paints picture spokes of the surrounding worlds which he affects: Ms. Myron’s own life — which is not without hardship;  the town of Spencer, its community and library;  the Iowa heartland; America; Japan; and other communities small and large.

For those who enjoy Dewey, there is a sequel, called Dewey’s Nine Lives: The Legacy of the Small Town Library Cat who Inspired Millions. And also two new books for children: Dewey, the Library Cat: A True Story and Dewey’s Christmas at the Library. Copies of all of these Dewey books are available at Queens Library.

At Last, Books That Combine Our Loves…

Vicki Myron is the genius behind several books — with options for…