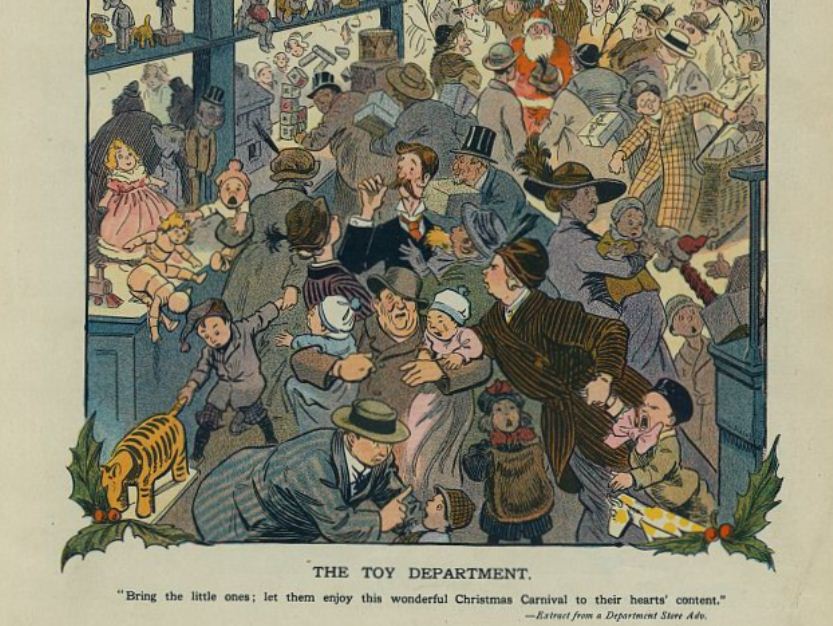 The day after Thanksgiving has become the biggest shopping day of the year in the United States, earning the nickname “Black Friday” to set it apart from all the other manic shopping days leading up to the December holidays.

As it turns out, that term is just as loaded as your minivan was at 4 p.m. that day.

The nickname appears to have gained its current meaning around 1961, when it began to show up in publications around Philadelphia. Supposedly police officers there began using it in regards to the traffic headaches caused by the shopping frenzy.

Another theory has the term originating with store employees in the area, who dreaded the long hours and frenzied pace of the day. But the modern usage seems to depend on an old accounting practice of marking profits in black and losses in red—it’s Black Friday because retailers finally move enough merchandise to get “in the black” for the year.

Regardless of which theory appeals to you, the name “Black Friday” takes on a life all its own among writers. A reading list of the books by this name reveal how many sinister universes have sprouted from the same phrase.

Mega-popular suspense novelist James Patterson is responsible for a Black Friday. His book focuses on Wall Street, terrorists and the Cold War in the late 1980s. These days it might serve as a nostalgia trip through bygone paranoia.

Murder on Black Friday, by Patricia Ryan, takes us back a little further — to 1869, where we follow a Gilded Age governess as she unravels the mystery behind slayings following a major market collapse, also known as “Black Friday.”

Black Friday: Exposed by Ashley and JaQuavis jolts us right back to modern New York City: A drug dealer wanted for a shooting in a Long Island nightclub must silence the only woman who witnessed the deed. What, if anything, this has to do with doorbuster deals or economic peril is unclear.

Then there’s the 2009 novel Black Friday by Alex Kava, which follows an FBI profiler as she investigates a terrorist attack at a shopping mall on that fateful shopping day. Pick this one up if you want to put the stress and carnage of your own high-stakes shopping into perspective. Hopefully your shopping expedition didn’t involve a body count. 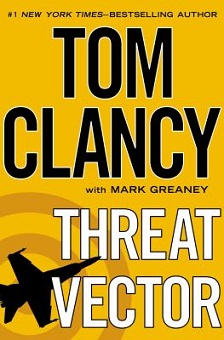 Tom Clancy and co-author Mark Greaney have just released their…

The day after Thanksgiving has become the biggest shopping day of…