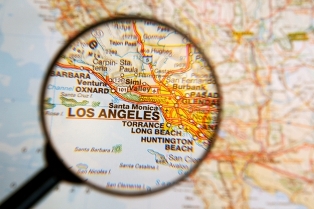 The detective story is not usually a genre that is well carried in video games. As a medium that favors more dynamic visuals and faster paced stories, the slower feel found in crime noir and private eye stories are usually relegated to lower budget projects, or at best the handheld market.

L.A. Noire breaks free of that mold, placing the player in the midst of 1947 Los Angeles as an up and coming by-the-book cop who has just returned home from serving in the Marines in World War II. You make your rise through the ranks, starting as a beat cop and work your way up through homicide and vice, breaking through drug rings, corrupt officials, and other conspiracies. You even try to crack the Black Dahlia murder, a crime that remains unsolved here in the real world.

To make this game, Rockstar Games and Team Bondi used innovative motion capture techniques to create such realistic faces that the point is to watch for various facial ticks, wandering gazes, and other signs to see if someone is lying or telling the truth during interrogation. If they’re looking a little shifty, you can press them for more information or show evidence to poke holes at the contradictions in their testimonies.

At the crime scenes, you have to walk around, finding and manipulating objects at the scene to determine what can be used as evidence. The voice acting is top notch and there’s a real sense of emotion coming through each character. On top of this, the developers took the time to create a nearly perfectly accurate map of Los Angeles to for the time period.

Unfortunately, as beautiful as the map is, it is far too big for the game that is set out in it. All the cases happen within confined areas. There are a couple street crimes you can drive out to help in, but they usually involve driving clear across the map to do so. You can make your partner drive and skip to the location, but then you miss out on their chatter on the drive over. In the end, you just end up using the “autotravel” option just to save time.

On an interesting side note, the spelling in the title of Noire was a typo made during the game’s production, though some players noted the unintended pun of the L.A. in the title meshing well with the feminine form of Noir.

I recommend this game if you like detective work and puzzle solving, as well as a wonderful character study of morality and what it means to be a hero.