Books That Give Us Hope for 2012 and Beyond 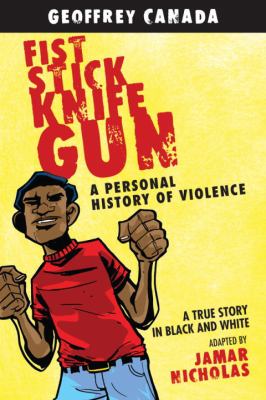 Recently on NPR, I heard a scientist who is involved in the building of the 10,000 Year Clock remark that his own son seemed to be incapable of imagining a future where the human race was still around any longer than about a hundred years from now. That’s interesting, and reminds me of myself growing up in the 1950s wondering if and when atomic war would wipe out the world. We even used to say to each other, rather morbidly now that I think about it, “See you this weekend, if the bomb doesn’t fall!”

Right now, I’m losing myself in Stephen King’s novel 11/22/63, and the main character has just traveled back in time from 2011 to yesterday in 1958 to test the possibility of changing history. Everywhere he turns, the time differences smack him in the face. The food may taste better, but Steve McQueen is advertising cigarettes on TV and a pall of polluted air from the mills hangs over the town where he is staying. In a public phone booth, his dime is rejected. When he examines it, there is a copper-colored streak all the way around its edge — a “copper sandwich” King calls it (p. 113). Only after inserting an old silver dime does his call go through.

There is certainly plenty to worry about in 2011: climate change, economic instability, one humanitarian crisis after another, the concentration of wealth and power in the hands of a few. What heavy burdens we are placing on the next generation! I actually tried to apologize to my thirty-something daughter, recently, for leaving the world in such a mess. As she usually does, she put up with me and my anxious concern for her tomorrows.

When despairing about today, I think about the stories of certain people, who give me hope. I learned about all of them in my reading over the past 10 years. There is Geoffrey Canada, who is working hard to reform the education of Harlem youth (Fist, Stick, Knife, Gun). There is Dr. Paul Farmer, who divides his time between Boston and Haiti, where he dedicates himself to improving public health (Mountains Beyond Mountains by Tracy Kidder). Remembering the lush trees of her childhood and comparing that to the barren hillsides of her village area today, scientist Wangari Maathai starts a movement to bring the trees, and prosperity along with them, back to Kenya and other areas in Africa (Planting the Trees of Kenya by Claire A. Nivola). There are many more hardworking activists who are trying to improve our world — dozens of them have been profiled in the book Half the Sky, by Nicholas D. Kristof and Sheryl WuDunn. (Copies of all are available at Queens Library.)

So, who inspires you? Maybe we can share some hopeful stories with each other.

Recently on NPR, I heard a scientist who is involved in the…